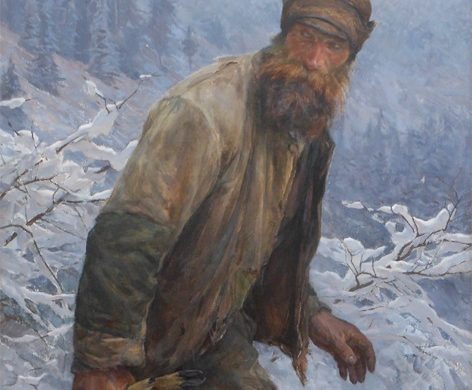 Poaching used to conjure up romanticised notions – for which you probably have to blame Robin Hood and his merry men, tucking into another helping of royal venison, Friar Tuck already enquiring about seconds.

William the Conqueror was the first English king to decree that all the deer were his – to such an extent that even startling one could lead to you losing your eyes or a hand, while killing one would almost certainly lead to execution.

So when other absolute monarchies followed suit, it’s no surprise that public opinion sided with the poacher in his eternal game of cat-and-mouse with the warden of the forest, and then the gamekeeper or ranger.

It has only been in recent times through the hunting of endangered species for their tusks, horn or penis that the term ‘poacher’ has become such an ugly word.

A little like ‘pirate’, they were socially acceptable and a regular staple of children’s literature when they were white European underdogs, but now they’re predominantly Africans on the make, they’re universally despised!

Tricks of the trade
The first floor of the Danish Museum of Hunting and Forestry in Hørsholm is an excellent place to visit to learn more about the history of Danish poaching. You will be transported to a very different world.

A thick, dark forest surrounds you and the eerie cries of animals can be heard in the background. If you are lucky, you might catch a glimpse of a poacher or two stealthily hunting their prey as law-abiding gamekeepers try in vain to apprehend the animal pilferers.

Glass cases abound, exhibiting a wealth of hunting equipment as well as some of the mysterious accoutrements used by poachers throughout the centuries, such as weapons disguised as walking sticks, which enabled the ingenious poachers to extract themselves from tricky situations if need be.

Steal from the rich …
Relationships between gamekeepers and their arch enemies were always strained. Tales of old recount the many brutal confrontations between the two and how they have often ended in violent bloody deaths on both sides.

In days gone by, poachers were loathed by the landed gentry and the punishment for these rustlers was harsh. A 1662 law states decreed that poaching the king’s game could be punishable by hanging, while the luckier offenders usually escaped with a minimum of three years in irons.

However, not everyone held the poachers in such contempt. Poverty-stricken tenants and small farmers often saw poachers in a heroic light, frequently regarding them as romantic, exciting adventurers brave enough to defy the much-reviled landlords.

lt was not unusual for poachers to take from the rich and give to the poor. Sometimes impoverished farmers and pensioners would wake to find that poachers had come during the night, leaving a gift of a delicious piece of game on the doorstep.

Laddish and lauded
At the museum you can purchase a copy of an old engraving depicting one of Denmark’s most famous poachers, Jens ‘Jack the Lad’ Omgang of Grib Forest. The inscription on the engraving reads “A faithful description of the widely travelled free shooter .”

Jack was an ingenious hunter who always managed to bring home his quarry and yet still escape his pursuers. He was renowned for the countless tricks he played on gamekeepers and wardens, always managing to slip through the fingers of the law at the last minute.

Gamekeepers and the gentry considered Jack to be a dangerous criminal but the general population loved and admired him. They looked on him in wonder and gloated over how a ‘mere farmer’ could dance circles around the aristocracy and its representatives.

ln the eyes of the poor farmers, the forest belonged to all. As the old saying goes: “What one takes from the forest and from women will not make one an enemy of the Lord.’’

In esteemed company
Jack was not Denmark’s only famous poacher. The antics of several equally colourful characters are recounted in the history books.

Niels Nielsen was famous for wearing his shoes backwards so that on his nightly jaunts to Vallø Forest, gamekeepers tracking him would think that he was leaving the forest instead of entering.

Nielsen also made his name by publishing a magazine for poachers that included hunting tips and anecdotes, as well as awarding hunting trophies. When the magazine failed, Nielsen became an unsuccessful inventor. One of his more bizarre attempts was the flea-crushing device.

Another renowned poacher was Shooter Lars who stalked his way through the early part of the last century. A written account of Shooter’s nightly hunting escapades and his countless run-ins with armed gamekeeper patrols still exists.

Shooter spent a period of time in prison where he was reportedly tortured. He did, however, live to poach another day.

Not so lucky was Christian ‘The Pheasant’ Fasan from Lolland who ended his days in a wheelchair after a violent confrontation with a ranger.

A forgotten artform
Poaching is not so common these days. Those who do venture out into the ‘great wide yonder’ have a far easier time than their fabled ancestors.

The Jack the Lads of today usually drive into the forest, park their cars close to animal lairs or watering holes, roll down their windows and sit silently, comfortably waiting. If he is lucky enough to nab his prey, all he has to do is hide the unlucky animal in the car boot and simply drive home. It´s not quite as romantic as the stories of old.

The Danish Museum of Hunting and Forestry, which opened in 1907, is situated at Folehavevej 17, Hørsholm and is open daily (excluding Monday) from 10:00 to 16:00. Admission costs 70 kroner, while under-18s enjoy free entry.