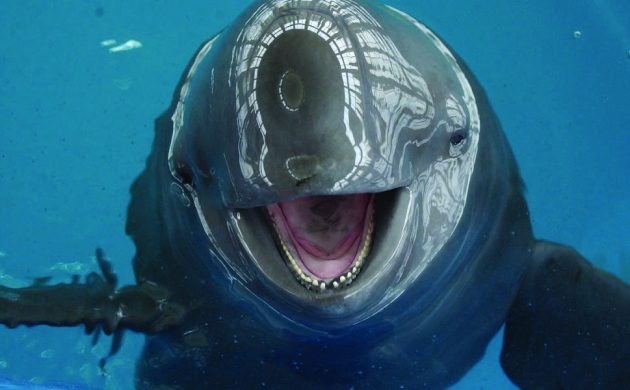 Denmark doesn’t kill whales; it likes them. That much was clear when a hump-back was sighted in early June in the Kattegat off the northeast coast of Jutland. “It’s totally wild,” said the ancient mariner who spotted it – yes, literally and figuratively.

And that would appear to be the national inclination: let them roam free in the big blue ocean. Accordingly, we only hear about the rare sightings and when they get washed up on beaches.

But that isn’t the whole truth, as it wasn’t that long ago that Denmark was indisputably a whaling nation, and no, this has nothing to do with the Grindadráp, the annual slaughter of around 800 pilot whales on the Faroe Islands, a territory of the Danish Kingdom that every year results in widespread condemnation across the planet.

A whale of a problem
The world tends to describe the likes of Japan, Norway and even Iceland as whaling nations, but rarely Denmark. However, just 30 years ago it was reported that Danish fishermen were technically some of the most prolific whalers in the world, with an annual catch of approximately 7,000.

Now, we’re not talking about the type of whales seen in Greenpeace videos. The whale in question was the common or harbour porpoise, a much smaller creature, of which almost half of the 700,000 at large in the world live in the North Sea area close to Denmark, making it the only species of whale that breeds in Danish waters.

Tragically, many of these small mammals were being needlessly killed every year after getting tangled up in fishermen’s nets and subsequently drowning. Porpoises need to surface to breathe about every four minutes.

Something needed to be done, and Denmark became a co-signatory of the Agreement on the Conservation of Small Cetaceans of the Baltic and North Seas in the early 1990s.

With several countries on board to make a difference, a breakthrough came in 2001: the introduction of underwater sonar alarms to warn the sound-sensitive porpoises that they were entering heavily-netted waters. The technology has been a success and far fewer porpoises are today being killed as bycatch.

Dolphin’s less fun cousin
The porpoise (Phocoena Phocoena) is a small species of whale closely related to the dolphin. They are generally smaller than dolphins, bluish in colour on top and white below, and have rounded conical heads that lack the dolphin’s characteristic beak. They usually grow to about one and a half metres long and weigh about 50kg.

Instead of vaulting out of the water like dolphins, they make wheel-like rolls, and they do not play in the bow waves or wakes of ships as dolphins tend to do. The porpoise is normally found around tidal estuaries and the inlets of large rivers, and they are rarely seen in the open ocean.

The porpoise lives off fish – particularly herring, mackerel and cod. They often travel in small schools that make explosive exhalations when they surface. In waters where visibility is bad, they use their sense of hearing to navigate and search out food. ln open waters, the porpoise’s most feared enemy is the killer whale. In Danish waters, its only enemy is man.

Like most mammals the relationship between the mother and her young is close. At birth these small whales are approximately half the length of their mothers. The porpoise feeds its young one at a time and helps them to the water’s surface for their first gasp of air. Offspring are usually born in open waters, but the mother will soon take her young to shallower waters that offer richer feeding grounds.

The age of sexual maturity is between three and four years, and it is common for porpoises to live to be about 13 years old.

A history of blubber
The porpoise has been hunted in Denmark since the Stone Age, but methods became more organised and prolific in the Middle Ages when it was common to cook porpoise blubber in wine and use it as a treatment for dropsy (oedema).

Other early remedies included grinding the ashes of crushed porpoise teeth into the gums as an apparent cure for toothache. Sailors also considered porpoise tails good luck to have on board.

It is estimated that approximately 140,000 porpoises were hunted and killed in the 19th century. At the time porpoise blubber was burned for lighting and their intestines were used as sausage skins. Only the poor ate porpoise blubber as according to a description from 1774 the meat was “fishy and stinky and sumptuous feast for swineherd”.

The number of porpoises substantially decreased to the point they became a protected species in 1967. However, the accidental killing continued, attracting severe criticism from animal protection agencies and over the next three decades, the pressure to take action unsuprisingly increased, as the killings without purpose were in danger of giving Denmark waters without porpoises.
Today, thanks to the widespread use of underwater alarm systems, the porpoise can again flourish in the cool Danish waters it likes to call home.