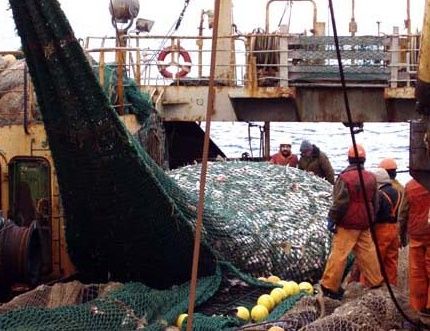 The agreement allows for scientific study of stocks before any fishing begins (photo: molajaya-fishingwork.com)
October 3rd, 2018 12:44 pm| by Stephen Gadd

A unique agreement is at present being signed in Ilulissat in Greenland designed to prevent unregulated fishing in the Arctic Ocean.

The signatories are Canada, Denmark (including Greenland and the Faroe Islands), Norway, Russia and the US, plus four of the largest fishing nations – Iceland, Japan, China, South Korea – and the EU.

New possibilities, new challenges
The rising temperatures and melting ice in the region caused by global warming have opened up for new possibilities, both in the transport and fishing sectors.

The Central Arctic Ocean is an area of around 2.8 million square metres and the agreement will legally bind the signatories not to fish in the area until more is known about fish-stocks. As part of the agreement, a joint scientific, research and monitoring program is being set up.

“Through this agreement we are demonstrating to the world that we are capable of showing due diligence in the Arctic,” said foreign minister Anders Samuelsen.

“When the ice melts, it presents challenges, but also opportunities within the fishing and transport sectors. We need to take control of both and this agreement ensures that,” he added.

An historic agreement
The fisheries minister Eva Kjer Hansen added that “this is the first time a fishing agreement covering such a large area has been put in place before any fishing has commenced, so it is a truly historic occasion.”

The minister also expressed satisfaction that a joint research and monitoring program was part of the deal so that a solid scientific base can be built up which should result in sustainable fishing.