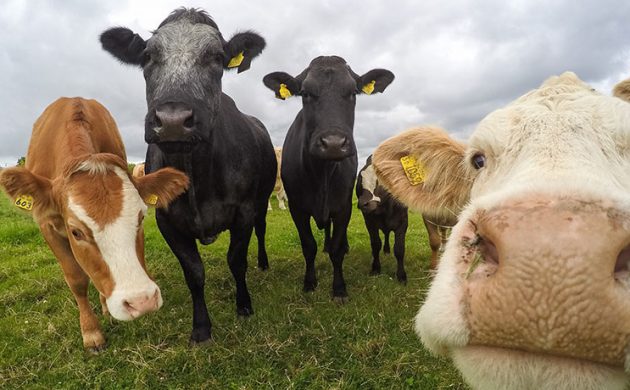 Cattle is one of ‘agriculture’s sinners’ in terms of releasing climate gases – after all, a cow burp is about 25 times more potent than an equivalent CO2 emission and they account for 40 percent of all greenhouse gas emissions in the Danish agriculture sector.

Less animals, new foods
Therefore, in order to counter the carbon emissions of agriculture, Jørgen E Olesen, a professor of agriculture and climate change at Aarhus University, is urging Denmark to “reduce cattle stocks and stop cultivating all carbon-rich lava soil in Denmark” as soon as possible, reports Ingeniøren.

Olesen would like Denmark to find new methods of reducing the emissions from farm animals – cattle in particular – as well as developing new ways of cultivating food.

Worldwide changes required
A new report from Aarhus University’s National Center for Food and Agriculture has now outlined five measures including changes to the feeding of cattle, biogas production and slurry acidification in barns. The goal is to reduce million of tonnes of annual agricultural CO2e in Denmark until 2030.

According to Olesen, however, those changes are still not effective enough.

“Such instruments can only reduce emissions to a certain level since CO2 emissions in agriculture are a direct consequence of the simple fact that we are cultivating farmland and keeping cattle at all,” he told Ingeniøren.

“We have to bring our emissions below the 14 million tonnes of CO2 currently allowed by the EU. In the future, we’ll have to set ourselves on an agriculture without animals as well as on the consumption of artificial or plant-based meat and dairy products.”

Nevertheless, he acknowledged that such a radical transformation requires not only changes in Denmark but rather globally – both the mentality and practices of about half a billion farms worldwide.