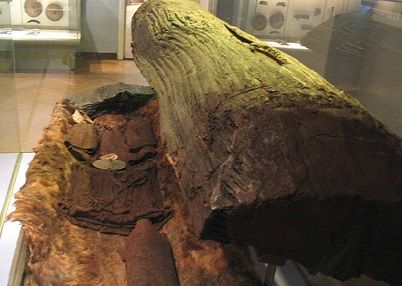 Archaeologists are always making use of new technologies and using them to re-examine old finds.

But it still came as quite a bombshell when back in 2015 and 2017, researchers from Denmark’s National Museum announced that two of Denmark’s most revered grave finds – the Egtved girl and the Skrydstrup girl – were not Danish after all.

Chalk or cheese?
Due to the fact that levels of strontium in samples taken from the two girls did not match levels in the chalk in the areas that they were found, it was concluded that they were both immigrants from southern Germany. The strontium levels there were found to be higher than those measured in their Danish resting places.

Now, Erik Thomsen, an associate professor and researcher in geoscience at Aarhus University, has set the cat amongst the pigeons once again.

In an article in Science Advances, he argues that the National Museum’s researchers had forgotten to take into account that the use of chalk in farming has distorted the picture, because chalk contains strontium.

Thomsen and his colleague Rasmus Andreasen collected samples from untouched forest areas far from farming, and these values were able to tie the girls to their localities.

A matter of interpretation
However, the National Museum is sticking by its original findings. Professor Karin Margarita Frei, who conducted the original analyses, told DR Nyheder that “their data is correct, but I think their interpretation is wrong.”

“They are drawing conclusions from their data that go much too far. We can see that the concentration of what they are measuring is very low, so the significance it has in humans is very small. In connection with mobility studies we feel their conclusion is wrong,” she said.

One thing is more or less certain, though. We have not heard the last word on this matter.