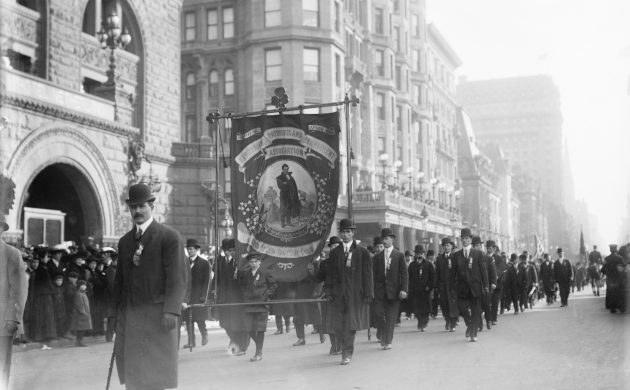 45 BC: Julius Caesar, conqueror of Britain and eternal friend of the Irish, chalks up another victory, this time against Titus Labienus and Pompey the Younger in the Battle of Munda, but the clock is ticking and the old fella only has another 363 days to live.

180: Emperor Marcus Aurelius dies: a cracking day for his son Commodus, but not good for Maximus Decimus Meridius – commander of the armies of the north, general of the Felix Legion, and loyal servant to the true emperor – who becomes a father to a murdered son, husband to a murdered wife, and decides he will have his vengeance in this life or the next.

1040: Harold Harefoot, one of the few Danes to rule England, dies. His father, Cnut, was the one who ordered the sea to retreat – God knows what he would have made of Janteloven. Harold is succeeded by his brother Harthacnut, who as his name implies was only half as big a twat as his dad.

1861: The kingdom of Italy is proclaimed, an excuse you might think for American-Italians to have their own parades. Not anymore; the Italian monarchy lasted just 85 years, surviving a coup by Mussolini before accepting the country’s declaration as a republic in 1946.

1905: Franklin D Roosevelt keeps it in the family when he marries his distant cousin, Eleanor Roosevelt, in New York City. Another cousin, the current president Theodore Roosevelt, gives Miss Roosevelt away.

1939: Giovanni Trapattoni is born, and 70 years later the Italian would echo the disgust of millions of fans worldwide when a deliberate Thierry Henry hand-ball prevents the Republic of Ireland from qualifying for the 2010 World Cup.  He brings quirky habits – such as sprinking holy water (a steady supply from his sister, a nun) in the dugout –  and a level of English that even the Irish can’t understand (‘Trappish’ according to the local media). But all is forgiven when Ireland qualify for Euro 2012 – their first major tournament for 10 years.

1995: British gangster Ronnie Kray dies after a career in which he committed every crime in the book, including murder, extortion and sleeping with men – an offence in Britain until the passing of the Sexual Offences Act in 1967. A year earlier Ronnie had shot George Cornell in the Blind Beggar in Whitechapel for calling him a “fat poof” out of fear that Cornell was going to grass him up to the authorities for being a homosexual. Once inside, buggery is made legal, which might explain why the penal authorities decided Mad Ron should share a cell with Yorkshire Ripper Peter Sutcliffe in Broadmoor.

2011: Never one to shy away from a thematically strong lead story, the Copenhagen Post reports the news the whole of Denmark has been dreading for over 400 years with the headline “Alas poor Mick, I thought I knew myself”. It turns out Hamlet wasn’t based on the story of a Danish prince after all, but an Irishman by the name of Admlithi. As his story crossed over the North Sea, he became known as Amlothi and then Amleth – the name used by Saxo Grammaticus in the 12th century work ‘Gesta Danorum’.