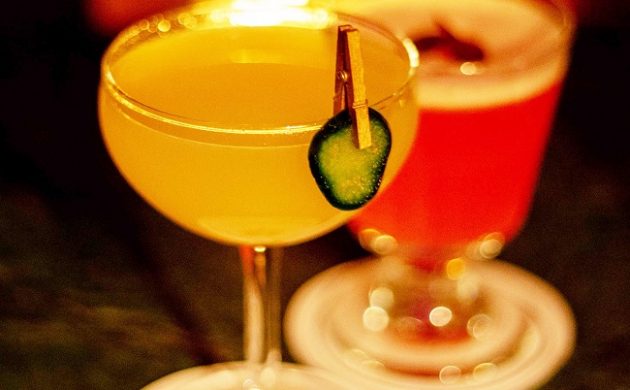 Behind the heavy doors of Brønnum, time stands still. Ranked as Europe’s 14th best cocktail bar by travel site Big 7 Media, we had to see what the hype was about.

Brønnum is located by Kongens Nytorv and is quintessentially Danish in its understatement. Though its location has also been home to either a bar or a cafe almost continuously for the past 255 years, Brønnum isn’t weighed down by its history.

Instead, the cocktail lounge incorporates historical pieces into an inviting, modern setting. As my friend Tristan and I walked in, we felt like we were stepping into a friend’s living room – a slightly upscale friend’s. 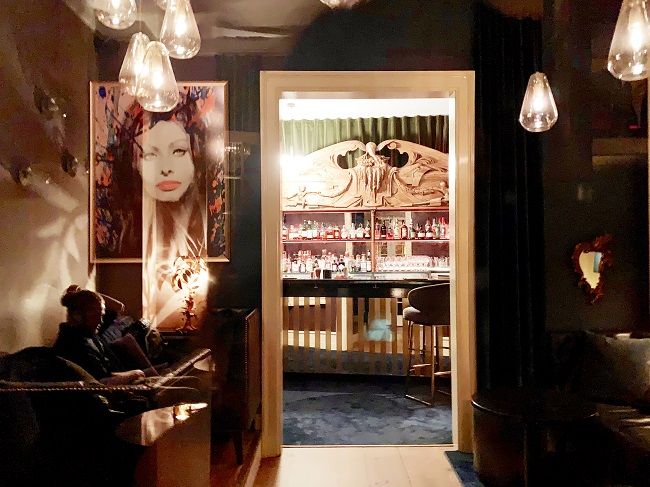 Posh but inviting
We were led from the bar counter seating in the entryway through a warm chandelier-lit room buzzing with low laughter to a secluded section in the back lined with velvety couches and poufs. A glass door to our side led into a lit courtyard.

For a bar that is so luxurious, Brønnum manages to be warm and comfortable. The bar is arranged to facilitate small conversations, with each booth partially sectioned off from neighbouring booths.

Tristan pointed at the wall behind me and laughed. A painted Jimi Hendrix gazed soulfully over our heads. Before the evening, we’d exchanged a flurry of texts: what’s the dress code, is there a dress code? Leaning back amidst the Belle Époque and Art Deco vibe of the place, we were glad we’d decided on semi-formal cocktail attire. 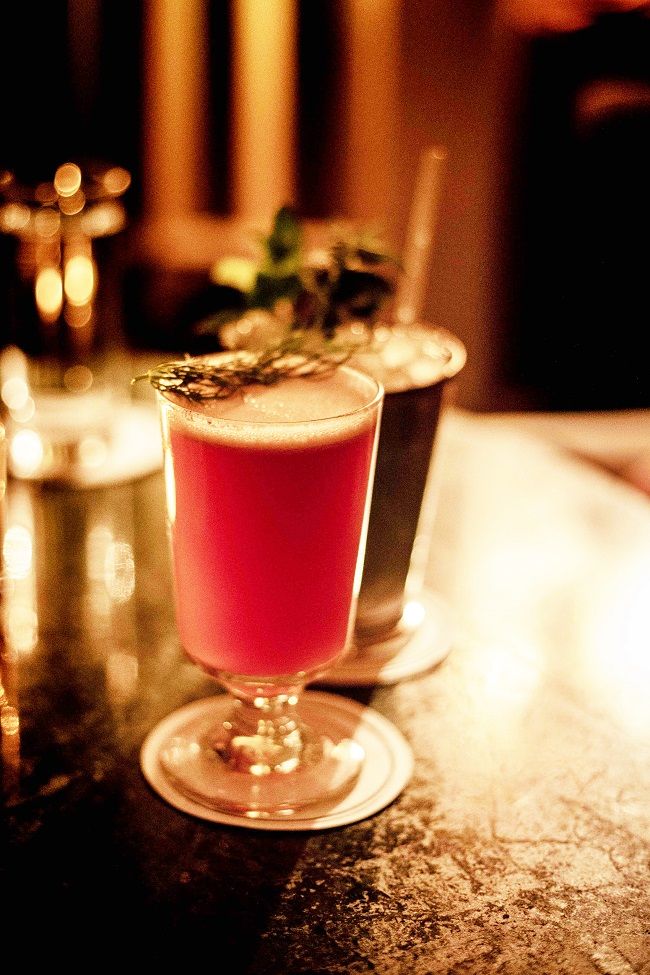 Stories from the past
The staff who occasionally checked on us were extremely professional and down-to-earth. Showing us around the premises, Grégoire, our waiter, told us stories from the bar’s past.

“This place is a former opera house. Sometimes, customers in their 50s would tell me: ‘I met my wife here 20 years ago.’ The back bar used to be a place where couples would sneak off to, but now it’s a place you can reserve for parties. Or, we also open it up on busy weekend evenings,” Grégoire revealed. 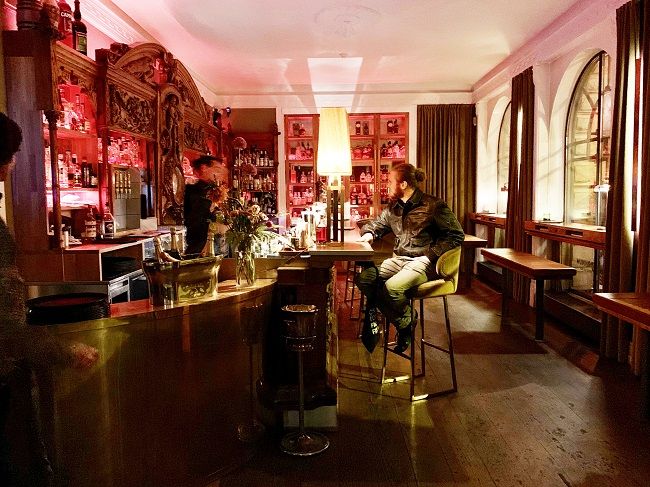 Tasting the classics
In April, Brønnum debuted its spring cocktail menu, and we were lucky enough to sample it.

We started with variations on two classic drinks: the CPR Margarita and the Clover Club Sour. Both were very simple yet elegant in their presentation.

The margarita has a small pop of pineapple, but the flavour doesn’t overpower the lime or tequila. The drink ends on a light jalapeño aftertaste, which gives the classic drink a slight sparkle.

The sour, on the other hand, starts sweet, followed by sour, and ends on a bittersweet note.

“It’s a rainbow of the whole palate but with a nostalgic sweetness,” observed Tristan. 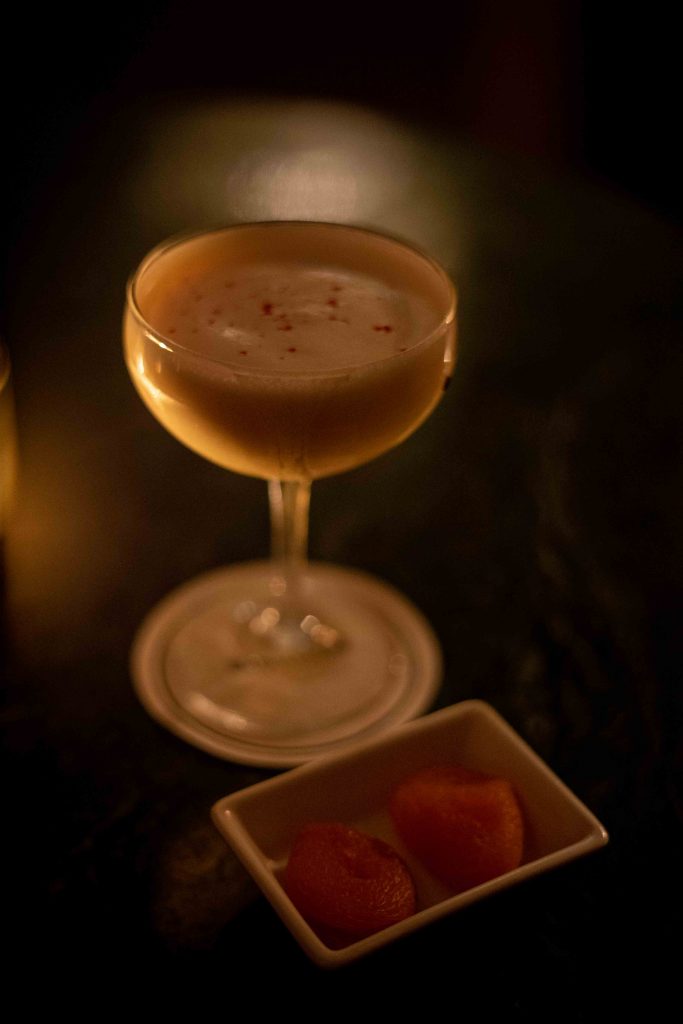 Mixing it up
Our second drinks, the Matcha Mint Julep and Just Dill With It, were more daring.

The julep is refreshing but with a strong kick thanks to a velvety taste of bourbon and the slight bitterness of matcha, a traditional Japanese ceremonial green tea.

On the other hand, I was surprised by the Just Dill With It. This drink has an amazing pop of dill in a sweet and sour drink that is held down by tart gin mixed with a subtle lambic beer base. 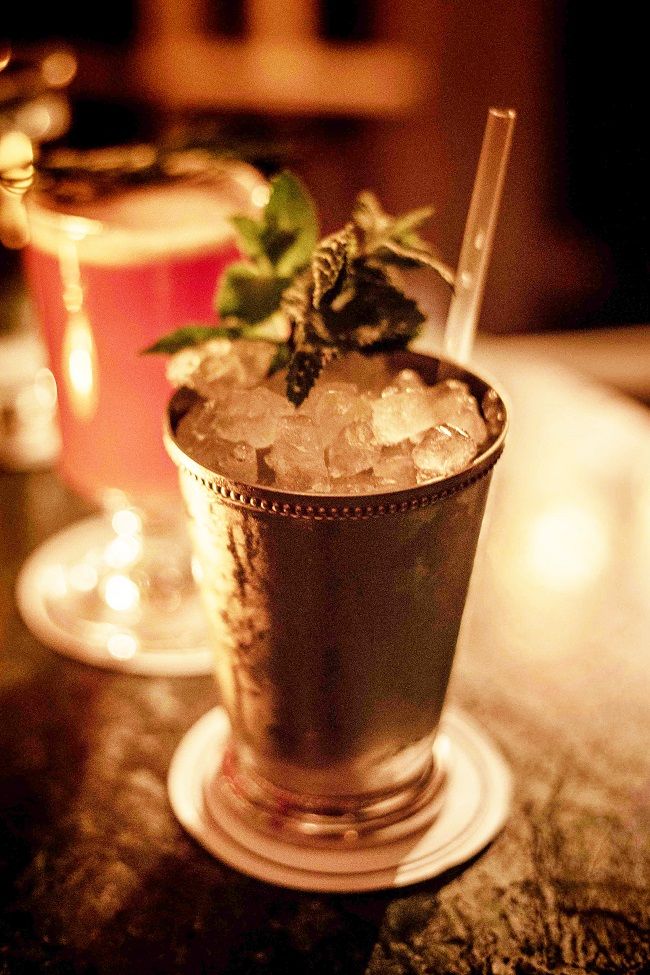 A smooth finish
The star of the night was our final drink, the Naughty Alexander. A dessert cocktail, the Alexander is strong with hints of bourbon and rum without being too creamy or sweet. When paired with a dried apricot bite, the tang of the snack pops the drink’s sweetness and balances its overall smoothness.

As we wandered back out onto the streets once more, we realised the hours had just flown by at Brønnum. If you’re looking for a short retreat from the fast pace of Copenhagen life, swing by for a drink or two in this timeless bar.