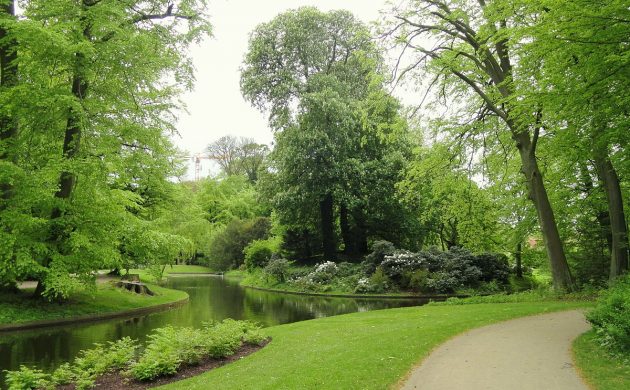 A lot more people have been jogging recently. Many regard it as a low-risk activity that breaks up the monotony of the coronavirus lockdown, even if they do normally find the activity exceedingly boring!

And unlike the boy-racer cyclists, who inexplicably still crowd one another at the traffic lights, it’s rare to see a runner go too close (within two metres) to a pedestrian or fellow exerciser.

Big Brother knows best
But Big Brother, or should that be Frederiksberg Municipality, is no longer prepared to take the risk that adults are capable of … well … behaving responsibly.

From today, it has banned joggers from using Frederiksberg Have, a large park that stretches from almost the centre of the municipality to Copenhagen Zoo.

Instead it has told them to use nearby Søndermarken.

Søndermarken a better option
There is logic in the decision. The paths of Frederiksberg Have can be pretty narrow, and the municipality values the comfort that walkers find in taking a stroll around the gardens.

In contrast, Søndermarken, which regularly hosts public school running events, has wider paths and a clear circuit to follow, which is approximately 2 km long.

Runners are instructed to run strictly anticlockwise – the opposite direction advised to visitors to the Lakes, which since last weekend has had sign-posts in place specifying the preferred direction.

More bans to follow?
Joggers will fear that more municipalities will follow suit and add park pathways to the growing number of no-go areas.

And if there’s one thing we know about people who exercise daily, it’s that they won’t stop!

For many, a jog is the only release they get from the pressures of the lockdown, and more will take to running down streets instead, with a calamity waiting to happen around almost every corner.