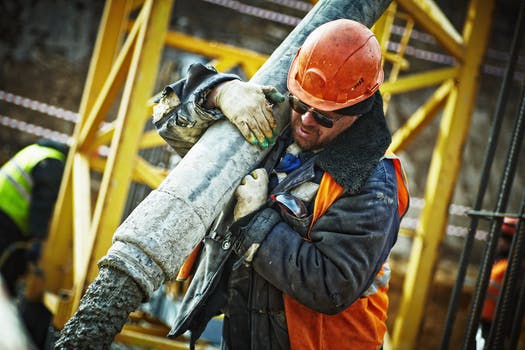 However, there is growing concern about foreign workers who under current travel restrictions may still move freely across the border into Denmark – though without being subject to the same quarantine guidelines as Danes or health checks.

Some of them cross borders to go back home to see family and friends over the weekend before returning to work the following week.

Experts concerned
Some medical researchers and public health experts estimate that the influx of foreign labour can import possible cases from abroad and strain an already overwhelmed healthcare system.

The employment minister, Peter Hummelgaard, acknowledges there is a balance to be struck, but that “the transport of goods and labour is of great importance to our security of supply”.

Nearly 5,000 companies apply for governmental assistance in paying salaries
The Danish Business Authority on Wednesday opened applications for financial assistance from companies severely affected by the coronavirus. In the first 24 hours, 4,690 companies applied for assistance. One of the relief packages adopted by the Danish Parliament to save companies and jobs is wage compensation, and it applies to companies facing the need to fire 30 percent of staff or more than 50 employees. Though the numbers are eye-popping, the business minister, Simon Kollerup, considers it “incredibly positive” that so many companies are interested in using the scheme. Some 50,000 companies are expected to use the assistance that runs from March 9 to June 8. The scheme will cover 75 percent of salaries for permanent employees – up to 23,000 kroner per month. For hourly workers, it is 90 percent up to 26,000 kroner per month. Companies must cover the rest.

DSB uses compensation package to send 1,750 employees home with pay
DSB has sent approximately 1,750 employees home with pay via the government’s aid package. DSB chief executive Flemming Jensen explained: “We have seen a massive decline in the number of customers, so we now have something close to 15 percent of our normal number of customers. And that means there is no need for the capacity we usually have.” DSB has also reduced 50 percent of its normal services, with almost all S-train lines running only one train every 20 minutes. About 400 of the affected employees operate DSB’s kiosks, while the rest are involved in production and administration. The announcement follows an agreement reached with the government and the Danish Business Authority on Wednesday.

ISS shuns package as it sends 1,500 home for two weeks without pay
The Danish facility services company ISS, which is one of the biggest employers in the world, has sent home 1,500 of its Danish-based employees for two weeks without pay as part of its plan to secure jobs in the long-term. ISS has informed the employees, who mostly worked as cleaners, that they need to apply for unemployment benefits. Under the terms of the government’s pay compensation package, for which 4,690 companies have applied, ISS could have kept them on and got 75-90 percent of the salary expenses compensated. ISS has acted in accordance with rules agreed by employers and trade unions.

Businesses pleading with landlords to be lenient regarding rent payments
Big and small retailers are pleading with landlords to be understanding about rent payments amid the coronavirus situation. Bestseller, Lagkagehuset and Flying Tiger Copenhagen have all been given temporary rent relief during the transitional period until the government’s relief packages are fully implemented. One such aid package will provide subsidies for, among other things, rent payments. Matas rents 270 stores from over 100 landlords who have all received a letter from Matas requesting a three-month postponement of their rent payments. Shopping centres around Denmark are also currently working with their business tenants as the government has ordered all shops that do not deal with groceries or medicines to close in malls.