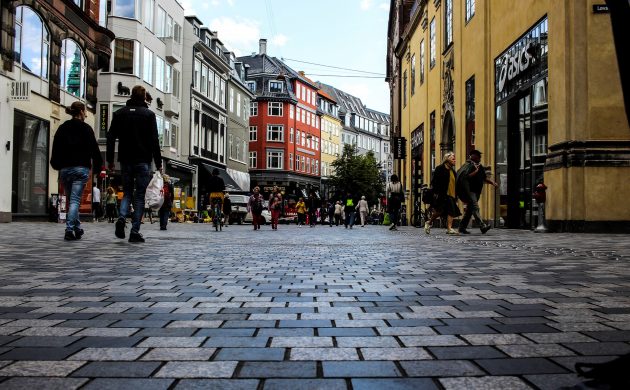 Back in the 1960s, Andy Warhol commented that “everyone will be world-famous for 15 minutes”, and ever since it’s become an iconic timespan. Maybe that’s why urban planners and governments talk about the idea of 15-minute cities for the future, where everything we need will be within our reach. But when the future is now, are world leaders finally going to start implementing the long overdue change that the pandemic has shown our cities desperately need?

The 21st century is increasingly becoming a time of global urbanisation. More people are moving to live in the cities, and more cities being re-urbanised. Cities are filled with excitement, new people, more job opportunities, culture and entertainment. There’s a charm to switching from the small town to the anonymity of the big city, where things are always happening and dreams really can come true. However, for two months of lockdown citizens couldn’t access all the things they wanted from their city and this made them question its attractiveness.

“Museums are closed or only allow a limited number of visitors, concerts and other large-scale events have been cancelled, and whether the opening of cafés and restaurants in Germany or Denmark is sustainable over the next months remains to be seen. Thus much of what attracts people to live in or visit cities can currently not be experienced and enjoyed,” contended social scientist Merlin Schaeffer from the University of Copenhagen.

For many, the reasons why they moved to a tiny flat to be in the buzz of the town seem trivial, and in some big cities like New York people are even considering moving out. Even in Copenhagen, results from a study by DTU reveal how during the lockdown people chose to flee from populated areas across Denmark, making the number of occupants decrease in the urban hubs.

Will we return to normal?
Urban planner James Thoem, the head of Copenhagenize Design Co, explained: “The post-pandemic urban life will very well look and feel different, but the city as a phenomenon will not stop existing.”

“One of the defining characteristics of a city is its sheer resilience. We’ve seen that over the last century as wars, nuclear threat, natural disasters, acts of terror, and car-centric planning have tested the strength of cities and urban life. But cities have maintained relevancy and attractiveness.”

However, cities have been under a lot of pressure and this was brought to light during the pandemic, pointing out there is indeed a need for change.

“Cities have had an incredible boom the last 20 years, but I think that might change direction,” says Jeff Risom, the chief innovation officer at Gehl Architects.

“They have been under too much pressure due to a lack of affordability and concerns regarding huge income disparities and inclusion. We need to use this opportunity to right some of the wrongs that cities were undergoing because they were almost overheating.”

Humans are easy adapters
The future is uncertain and can’t be predicted. Warhol was probably lucky, or a very wise analyst of the trends, to see what was coming, and the same is true at the Copenhagen Institute of Future Studies. They regard out-of-control phenomena such as the pandemic as “a wild card” that will induce an acceleration of change that was already expected. So our new normal may not come entirely as a shock, it will just creep in.

“The post-corona times will obviously bring changes, but since we are habitual beings we expect that people will return to what was ‘normal’ prior to corona in as many ways as possible,” explained futurist  Michaela Cinkova, an advisor at the institute.

In fact, the DTU study revealed that “with the reopenings, people are already streaming back into the cities, especially Copenhagen,” revealed Schaeffer. Another study led by Risom analysed changing Copenhagen behaviours during the lockdown, concluding that crises demonstrate the power of human behaviour and our ability to quickly adapt.

“If you change your behaviour for 21 days it usually sticks. I think people being outside more and thinking of outdoor space as vital to their health will be us for the foreseeable future, as well as permanent changes in commuting patterns,” contended Risom.

Megatrends already here
Urban life has survived previous pandemics, and Schaeffer does not see why the coronavirus should be any different.

“Urban research has identified a strong and very systematic trend towards re-urbanisation out of the suburbs over the last decades. I would be surprised if the corona pandemic would reverse that re-urbanisation trend – the [1711] plague and [1853] cholera [outbreak] didn’t reverse it either,” he said.

Cinkova agrees that urbanisation will remain a mega-trend for the next 10-15 years, but will be accompanied by a micro-trend known as back-to-basics that has been more relevant than ever during the lockdown. “People will be seeking a more authentic, simple life, in which the quality consists mostly of experiences in nature and from a digital detox,” she said.

She identifies three megatrends that were already on the way, but have been accelerating due to the outbreak: ‘focus on health’, which will be buoyed by improved hygiene and new ways of greetings; ‘technology development’ in which AI has reduced unnecessary doctor visits in favour of ‘telemedicine or telehealth’; and the ‘green trend’ that has seen governments investing far more in climate-friendly options.

“Cities around the world are quickly realising both the practicality of cycling and the relative ease of building suitable infrastructure. The challenge now will be to ‘plant that flag’ and maintain sufficient space for safe cycling as we transition to the next phase of urban living,” predicted Thoem.

Some cities have already started these initiatives. Amsterdam has implemented Doughnut Economics with the goal of achieving a greener lifestyle and providing solutions to fight climate change. Montreal has built 112 km of safe lanes for pedestrians and bicycles throughout the city. While Montevideo has closed its coastline route during the weekends and turned it into a space for exercise.

A more thoughtful future
If anything, we learned during the pandemic that priorities are shifting and citizens are looking constantly for purposeful experiences in like-minded communities.

“We are living in times of accelerated technological change – a shift in our values from material things to meaningful experiences and quality time with our loved ones – and we pay higher attention to our health, movement and balanced lifestyle. But perhaps most importantly, we are adapting to new ways of living,” observed Cinkova.

The city is realising it is possible to do business in the home.  As urban designer William Mitchell – the Warhol of urban design predictions – wrote in his book E-topia: “The 21st century will still need agoras – maybe more than ever. But these will not always be physical places.”

“This crisis has accelerated digitalisation and pushed us quickly into a more digital work environment where we can work everywhere. That’s an event that cannot be reversed,” added Cinkova.

15-minute cities
Over the last 100 years cities have been principally planned for business, retail, industry and entertainment – all separated from the residential areas. But now it looks like we are going in a completely different direction as metropolises become more about neighbourhoods and proximity.

“My hope is that this [the pandemic] helps to level the playing field a little bit, so that we focus more on the neighbourhoods,” said Risom.

Many cities, including Melbourne and Paris, are already talking about increasing the quality of life by introducing the so-called 15-minute cities. This concept of a 15-minute city puts humans at the centre of activities, where all their basic needs – living, working, supplying, caring, learning and enjoying – are fulfilled within a 15-minute walk or bike ride. It is proximity that will make people more happy and more keen to build relationships and support their community.

“Copenhagen-sized cities have more of an advantage, it’s megacities that need to break down and work on being more livable and accessible in terms of affordability,” contended Risom.

“What we really need to re-think is city centres because they need to offer something different – as a complement to the neighbourhood.”