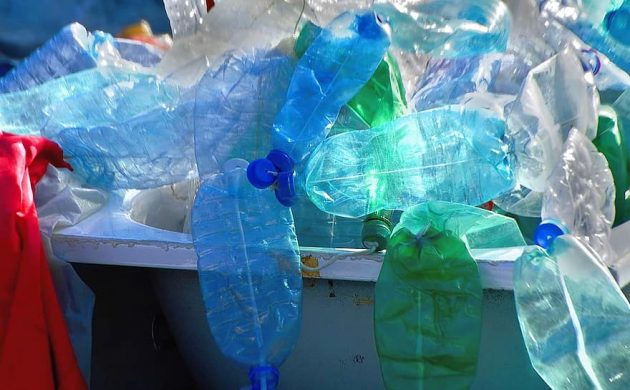 The Environment Ministry is pushing for a bill that would provide incentives for companies to use recyclable packaging to reduce waste that ends up being incinerated.

Parliament is considering a bill that aims to ensure that packaging such as plastic wraps and catsup bottles are recycled or reused. The measure is part of Denmark’s goal to become a leader in the circular economy.

The Environment Ministry contends that only about 20 percent of Danish plastic packaging waste is recycled.

Most waste in Europe
The environment minister, Lea Wermelin, said companies bear a responsibility for the waste from their products. The bill would make it more expensive for firms to produce packaging that ends up being incinerated.

“Danes throw out the most waste per capita per year in Europe. We must avoid waste and we must recycle more,” said Wermelin, echoing EU data on waste generation.

Meanwhile, the business community has written a letter expressing its willingness to use sustainable packaging and to be responsible for its waste footprint.

A fifth of Danes attended music festivals in 2019
Around 920,000 Danes – one fifth of the adult population – attended music festivals during the spring and summer of 2019, which was an 11 percent increase on the previous year. Figures from Danmarks Statistik show that most festival-goers were people aged 16-24 and students. The study also found that young people’s participation in music festivals tended to increase in relation to their parents’ educational level. The institution said attendance would have hit 1 million this year if it had not been for the Coronavirus Crisis.

Poor condition of Danish rail frightens travellers
The poor condition of the Danish railways has led to a loss of passengers, bucking the trend in neighbouring countries where there have been increases in train travel. The Transport Ministry said the train service is unable to compete with cars despite the government spending 132 billion kroner since 2009 on what it calls a “black hole”. The ministry intends to purchase new electric trains and signals as part of an investment in improving the service.

Youths drank less during Coronavirus Crisis
Young Danes cut back on their alcohol intake during the coronavirus lockdown, according to a study by Denmark’s National Institute of Public Health. The study found that 60 percent of Danes consumed less or much less alcohol than usual during the period. Researchers attribute this to the ban on big gatherings, parties and Friday bars. But with society reopening up, the institute expects the young people’s habits to return to normal.

Student trucks get green light from government
The coronavirus will not stop the class of 2020 from honouring the tradition of celebrating their graduation by riding around on open-backed trucks. Despite initial fears about the spread of the virus, the government gave the students the green light to drive and ride the trucks on the condition that they take precautions and celebrate in small groups. The often hours-long ride on colourfully-decorated trucks, which involves students stopping at each of their homes to share drinks and snacks, is part of a graduation tradition in Denmark at the end of June. Education stakeholders welcomed the decision, saying students deserved to experience the once-in-a-lifetime experience.

Summerhouses sales pick up after lockdown
After a decrease in the sale of summerhouses following the coronavirus lockdown, sellers have returned to the market, new figures from boligsiden.dk reveal. Birgit Daetz from the housing site said sales are now higher than at the same time in previous years. People in Denmark face the prospect of spending the summer or even autumn holiday in the country due to border issues caused by the virus. One of the most popular areas for summerhouses is Tisvildeleje in northern Zealand.