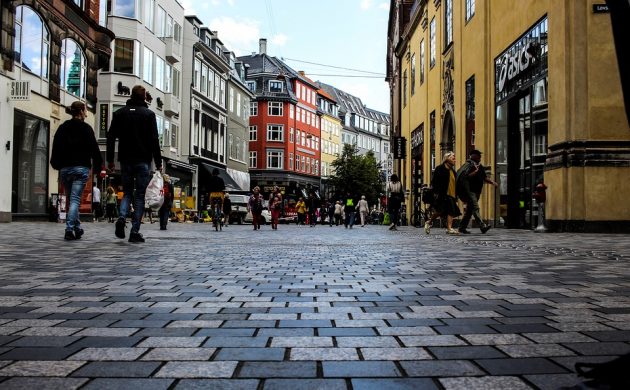 Copenhagen will be a better place for pedestrians (photo: pixabay)
June 16th, 2020 4:26 pm| by Daria Shamonova

Every March, the St Patrick’s Day Parade, coronavirus restrictions permitting, walks a route enclosing what is sometimes referrred to as the ‘Medieval Village’.

And now Copenhagen Mayor Frank Jensen has announced that he intends to solidify plans to heavily restrict car traffic in the area, reports Berlingske.

Major discussions ahead
The mayor wants residents and visitors to park their cars at some distance from the area.

The city intends to spend 9 million kroner on implementing concrete proposals in regards to adapting the urban space with a particular focus on how the future changes might affect business in the area.

The results will determine the extent to which the car traffic will be restricted.

Hotels would be hit the hardest – survey
Last year, Copenhagen Municipality conducted a survey that examined three scenarios – of reducing traffic by 5–15 per cent, 10–15 per cent and 75–85 per cent – which included a series of interviews with the area’s residents.

The study estimated that an average 15,000 cars drive into the Medieval Village every day, of which six out of ten are passenger cars.

The survey concluded that the first scenario would result in retail losing 2-7 percent of its turnover, restaurants 0-5 percent and hotels 30-50 percent.

Kongens Have to close two hours earlier than normal in the summer
The  Ministry of Culture has decided to change the opening hours of Kongens Have in Copenhagen so that the garden will close two hours earlier than usual – at 20:00 instead of 22:00. The changes aim to lower the number of inappropriate behaviour incidents that occur, as some of the garden’s guest tend to drink a lot of alcohol, practise vandalism or even get involved in fights. The Danish Agency for Culture and Palaces hopes that imposed restrictions will ensure that all guest  can feel safe in the area.

Stejlepladsen development discussions enter final stages
Stejlepladsen, a proposed new residential area in Sydhavn, is close to getting the green light from the authorities following the approval of environmental assessments and local plan proposals. Located next to the water, with lots of green courtyards, the design complements the overall look of the harbour.

Development of Vejlands Quarter is ready for political consideration
A proposal to create a district out of wood and recycled materials in Amager has submitted its environmental assessment and local plan applications. Located by Vejlands Allé and Amager Fælled, the area has been provisionally called ‘Vejlands Quarter’. Henning Larsen architects are in charge of the design.