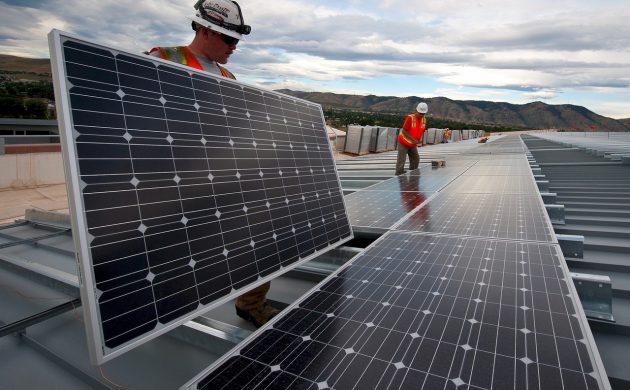 Set up by Copenhagen Infrastructure Partners (CIP), which was established by Ørsted in 2012, the fund will focus on considerably reducing Denmark’s carbon footprint, investing in such areas as offshore and onshore wind plants, solar photovoltaic plants and thermal power stations.

Billions pouring in
Pension Denmark and AP Pensions are supporting the fund with investments of 4 billion and 2.5 billion kroner respectively.

It has also indicated it is likely to invest in green energy projects in Europe, North America and Asia.

Danish company to help remove smog in India
A Danish company will help India turn rice straw into fuel, which will bring environmental benefits and improve the living conditions of over 40 million New Delhi citizens, DI Business reports. Danish Burmeister & Wain Scandinavian plans to use specific boilers that can use straw as fuel and, therefore, the rice straw will no longer be burnt in the Indian fields as the farmers will deliver it to the power plants. It is good news for New Delhi as the city’s air pollution level is 20 times higher than the WHO’s recommended maximum.

73,000 lost their jobs in April
According to figures from Danmarks Statistik, the labour market lost 73,000 full-time job positions in April due to the coronavirus lockdown, TV2 reports. The numbers are more than five times higher than in any month during the 2008 Financial Crisis.

Rising oil prices hitting Danish families
Many Danish families have been significantly affected by rising oil prices, TV2 reports. It has become 7,600 kroner more costly to fill both a car and oil furnaces. However, Steen Bocian, the chief economist at the Dansk Erhverv, tells TV2 that generally people have enjoyed a real wage increase this year, which leaves them with more money than a year ago, and that this has helped them to cover these new expenses.

No more oil or gas boilers at home by 2030
According to TV2, a new climate agreement stipulates that Danish homes must give up their oil and gas boilers by 2030. Although homeowners will have to foot the bill to replace them, in the long run it will bring some significant savings. An estimated 460,000 boilers will need to be replaced by green alternatives. Some 2,3 billion kroner have been allocated to support the transition that aims to reduce CO2 emissions by 0.7 million tones by 2030.