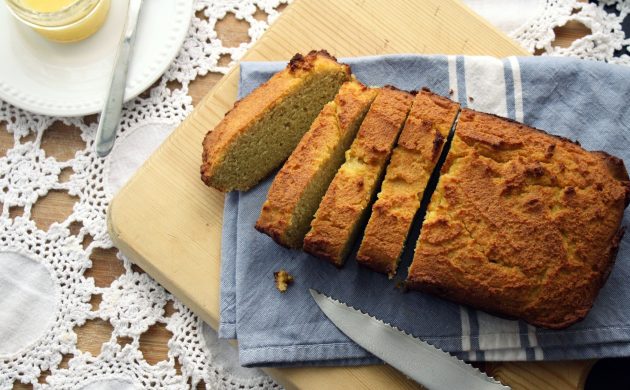 Untreated gluten intolerance may increase the risk of getting serious illnesses such as cancer, a new study by Danish researchers found.

The study showed that people with untreated intolerance to gluten – a protein found in wheat, rye and barley – may have a broad risk of getting cancer such as gastrointestinal, breast and ovarian cancer as well as cardiovascular diseases.

Hidden factors
While the study is significant in understanding gluten intolerance, the researchers say it does not take into account hidden factors such as diet, smoking and alcohol, which can lead to diseases.

Kårhus said that more studies are needed to determine whether it would be advisable to offer a diagnosis of gluten intolerance for the entire population. Gluten intolerance or celiac disease is difficult to diagnose because its symptoms such as anemia and fatigue are diffuse.

The researchers called for international studies into celiac disease to determine the need for mass screening.

Blood test can reveal women’s pregnancy chances
A new type of blood test can reveal which women have less than a 10 percent chance of conceiving. Fertility doctor Anna Grynnerup conducted research that she said will help couples decide on treatment. The study looked into the relationship between the amount of anti-müllerian hormones in a woman’s blood and the number of eggs she has to conceive. Low hormone concentration rarely ended with pregnancy. While others will not go for treatment with just a 10 percent chance of conception, Grynnerup said the information will give couples the knowledge to make a choice.

Shockwaves, not explosions, cause nova blaze
Scientists may be a step closer to solving one of the greatest riddles in astrophysics. This comes after new research from the University of Copenhagen about novae or explosions that occur when a white dwarf star and its companion star orbit closer around one another. Astronomers have long believed that the bright light of novae comes from thermo-nuclear explosions, but the research demostrates that shockwaves are the ones causing the brightness. Researchers say the study brings science closer to understanding the history of the universe.

Scientists mimic design of stems and spikes
From stings, needles and spikes in nature, scientists are gathering knowledge on design for practical applications in medical equipment and tool innovation. A new study by the Technical University of Denmark explored design in plants and animals such as cacti, insects, algae and hedgehogs that allows pointed objects not to break when used. Researchers in biomimetics say findings regarding strength and elasticity can be used to create optimal designs of pointed man-made objects such as medical needles and nails.

Tipping points in climate-pressured Arctic under study
How severely is climate change impacting marine ecosystems in the Arctic and how irreversible are the changes? A team of international researchers, including some from Aalborg University and Aarhus University, will study the effects of climate change on Arctic biodiversity under a four-year project launched this month. Researchers from 10 countries will look into so-called tipping points that can lead to unprecedented changes in the ecosystem. Their goal is to produce knowledge that will help inform decisions on adaptation and management strategies.

Discovery of plant gene could help crop growth
The discovery of an extraordinary plant gene could help ensure better harvests and reduce fertiliser use. Researchers at the University of Copenhagen discovered the CLE53 gene, which is central to a mechanism that allows fungi to help agricultural crops absorb phosphorus. The study aims to help limit the need for phosphorus fertilisers, most of which are discharged into streams, lakes and the sea. The discovery, though, currently has a poor chance of being used in Denmark and the rest of EU where gene editing has yet to get regulatory approval.

Scientists build milestone imaging instruments
Scientists are building new imaging instruments that can be used for the 3D visualisation of materials and processes in various sciences. These are hailed as an important milestone for research infrastructure. Collectively called DanMax, the instruments can be used to study hard materials like metals, ceramics and rocks as well as bones for medical or archaeological purposes. Researchers from Aarhus University and Technical University of Denmark are among those building the instruments. The DanMax instruments will be ready for use in 2021.

Corona hook: Students develop hands-free door handles
In an age of COVID-19 paranoia, students at the University of Southern Denmark have developed a novel solution to steer clear of the virus: the corona hook. The 3D printed hook can be used to open doors, press a lift button, move chairs and carry shopping bags. It acts as an extension of a person’s finger and creates a barrier between the skin and a surface to avoid contagion. Due to popular demand, the university has shared an open source link for those interested to be able to print the hooks themselves.

RePlastic: Producing quality plastic from waste
With plastic waste becoming a global eyesore, Danish universities are collaborating to reproduce and recycle as much plastic as possible. Under a project called RePlastic, the Technical University of Denmark and Roskilde University received 8.9 million kroner in funding to study technology that could reproduce new plastic from household and industry plastic waste. The research aims to create a commercially viable solution to the plastic problem within a few years.