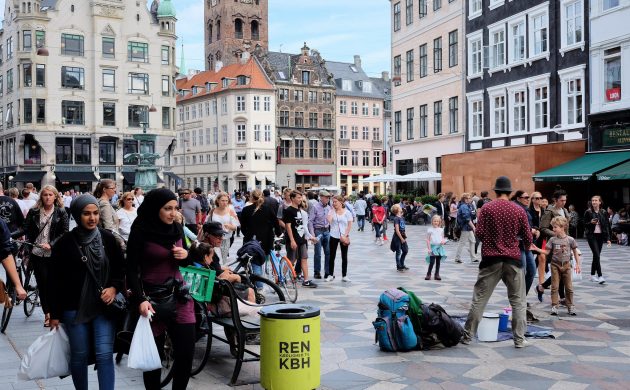 Might be an end to the sparkling clean pavements (photo: Flickr/Lars Plougmann)
June 25th, 2020 3:48 pm| by Kaukab Tahir Shairani

Consulting firm Ernst & Young concluded in a report that a large sum of money could be saved and otherwise spent on the cleanliness of the city and its green areas.

He further said that if the decision is followed through, there will be consequences for the urban spaces of the city.

Large chain to launch first Copenhagen hotel next year
Spanish five-star chain NH Hotel Group is expected to commence operations in Copenhagen in the autumn of 2021. Its first hotel shall be located in the old Desert Fort site at Knippelsbro, a locality that formerly housed Nordea and also served as the headquarters for B&W in the 1970s. The chain, which operates 361 hotels across 29 countries, is confident that it can generate annual revenue of 300 million kroner at the proposed 400-room hotel. It had looked likely that Hilton Hotels would set up a location at the old Desert Fort site, but talks fell through. ATP Properties will take care of the development of the site.

Water leaks affect Copenhagen neighbourhoods
Water leakages on Tuesday affected several parts of Copenhagen including northern Amager and Christianshavn, according to Copenhagen Police. The police spotted seepage across Torvegade after which the road was cordoned off. The aforementioned changes will render it impossible for passers-by to cross Christianshavn between Amager and the city centre. However, Christianshavn remains accessible by car from both sides.

Copenhagen’s first electric harbour bus becomes operational
Copenhagen’s first electric harbour bus took its first ever batch of passengers on board last week. The old fleet are being replaced with brand new electric-powered boats, bringing in a significant cut in CO2 emissions. With a capacity of 80 passengers, the new public transport system is also expected to decrease NOx emissions by 14 percent.

Bathing season on Copenhagen port under COVID-19 guidelines
The official bathing season in Copenhagen began on June 8 under fresh guidelines to address the pandemic, which will include stricter manning and bathing guidelines. Among other measures included hand spirit for bathers, signs marking distance on land, separation of bathers at entry and exit points, and longer waiting queues while the baths are occupied.