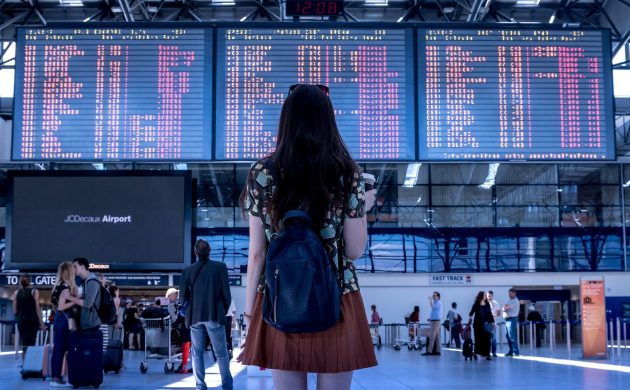 Australia has not been included in the list of countries with eased entrance while China was (photo: Pixabay)
July 3rd, 2020 8:00 am| by Gulden Timur

The Ministry of Foreign Affairs has published a list of countries outside the EU for which travel restrictions will be eased.

These countries are marked as safe based on coronavirus infection rates. However, the Danish list is shorter than the original one by the EU. Among other things, it does not include Australia.

The number of coronavirus infections in these countries must be lower or equal to the one in the EU, having only 16 new cases per 100,000 inhabitants.

Entry ban
Erik Brøgger Rasmussen, director of Civil Service in the Ministry of Foreign Affairs, does not link the exclusion of Australia to inaction over the pandemic in the country.

“It is purely about the fact that there is an entry ban in most of the world – including Europeans – so it does not make sense to relax the travel guide,” Rasmussen said.

At the same time, China is present in the list, but it is conditional as the country is still closed for EU citizens. According to Rasmussen, it is unclear how the travel advisory will look for China.

Release of Danish Jehovah’s Witness in Russia postponed
The lawyer of a Danish Jehovah’s Witness imprisoned in Russia said his release will likely take weeks. In May 2017, Dennis Christensen was imprisoned during a worship service for Jehovah’s Witnesses south of Moscow. As the religious group is  considered an “extremist organization” in Russia, Christensen was supposed to serve 6 years in prison. Recently, the court granted him early release in exchange for a fine. But his lawyer said he still remains in an isolation cell.

Third mink farm in North Jutland affected by corona
The Danish Veterinary and Food Administration has found coronavirus in a third mink farm in Hjørring Municipality. Test results show that more than 50 percent of the herd is infected with COVID-19 and about 5,000 mink are to be killed. The increasing number of infected firms becomes worrisome for the government. Altogether, there are 120 mink farms that are undergoing national screening.

Municipalities receive 8.9 billion kroner for extra corona expenditure
Municipalities have received funding to cover extra expenses for protective equipment during the coronavirus outbreak. Of the total disbursement of 8.9 billion kroner, 1.4 billion covers the costs for reopening municipal institutions. The social affairs and interior minister, Astrid Krag, said that the money should ensure that welfare is kept at the same level as before, although there have been huge expenses for the coronavirus. It concerns not only kindergartens, schools and creches but also unemployment benefits.

Summer means more camping
People in Denmark will have more opportunities for camping now. Herning municipality has decided to expand the amount of forest areas that can be used for camping. The Danish Nature Agency has announced that 77 of the state’s forests will be open for campers. “We expect that it will help to make more people vacation in tents,” said Anne-Vibeke Isaksen, president of the Danish Camping Union. There are several limits for camping: one can only stay in one place for a single day before travelling and in Herning it’s possible to camp until August 2 – the end of the summer school holidays.