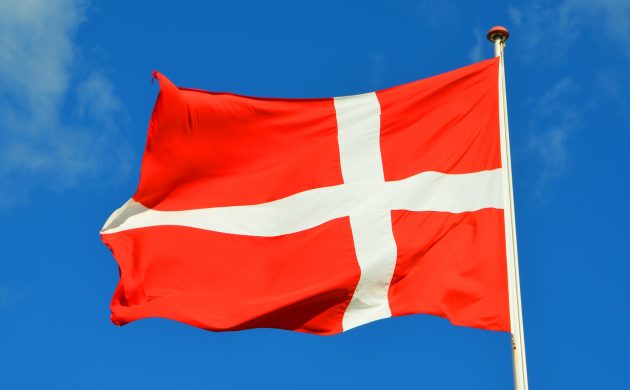 When settling in the US, emigrants have been passionate about preserving their Danish ness (Pixabay/RandnotizenORG)
August 9th, 2020 8:50 am| by Gulden Timur

When Europeans began settling in the United States, the Danish emigrants went out of their way to preserve their Danishness on a new continent, according a new University of South Denmark (SDU) study.

“Many Danish-Americans imagined that they could preserve Danish culture and at the same time establish themselves in American society. However, it was not without problems,” explained the study author, Professor Jørn Brøndal, at the Center for American Studies at SDU.

“Many Danes in the US divided themselves into different Christianity branches. The Grundtvigians in particular had many strongly nationalist features. They could party with Danish flags and sing Danish hymns in the local communities.”

WWI a game-changer
However, World War I brought about change as anti-German sentiment increased. The US government demanded “one hundred percent loyalty” from all Americans, as English quickly became the mother tongue for many immigrants and German-sounding names were sharply changed.

In Iowa, where there was a large Danish-American population, the local governor William Harding introduced in 1918 ban on speaking languages ​​other than English in public spaces.

It is believed the governor was quietly concerned that Danish-American parents were raising their children to become exclusively Danish instead of American – not too dissimilar to the worries aired about some immigrants in Denmark today!

Fitness watches make patients more concerned
Although health apps and fitness watches can provide a lot of useful information about our bodies’ work, self-measurement can also have a downside. A University of Copenhagen study in July of 27 heart patients’ experiencing the Fitness watch ‘Fitbit’ – which measures sleep, heart rate and exercise – showed that with bigger motivation to exercise, the patients also became more worried. “Patients do not get help to interpret data from the watch, which makes them unnecessarily worried, ” said Tariq Osman Andersen, an assistant professor at the Department of Computer Science at the University of Copenhagen. Andersen is also a head of the company Vital Beats, which is developing an app to help people with pacemakers. It is supposed to predict heart attacks 30 days before they happen.

Poisonous plant spreads
The plant ‘wild parsnip’ is on the rise in Denmark, but these yellow flowers can be dangerous for people. According to Jens Reddersen at Mols Bjerge National Park, the combination of its juices getting on the skin along with sunlight results in large and inflamed blisters that resemble second-degree burns. The Danish Environmental Protection Agency defines the wild parsnip as a coarse yellow-green umbrella plant that is related to squatter cabbage and bear claw. All areas of the plant contain poison. In case of contact with this plant, you must wash the area and keep the skin covered and shielded from the sun for at least 48 hours. Reddersen commented that there is no reason to panic, and that people should learn to recognise the plant as soon as possible.

Swedish and Danish consumption drops during lockdown are almost equal
A new study shows that the consumption rate in Sweden, which did not have a lockdown, was hit almost as hard during the Coronavirus Crisis as Denmark. From March 11 to April 5, consumption in Denmark fell by 29 percent compared with last year. In Sweden, the decline was 25 percent. “The shock of the pandemic is what has had the greatest impact on our consumption and the economy, while the closure contributed only to a lesser extent,” said Adam Sheridan, a postdoc at the Department of Economics at the University of Copenhagen. “The main message is that in the context of a pandemic, there is no ‘trade off’ between saving lives and saving the economy,” he added.

Potential corona medicine.
Professor Jens Lundgren from Rigshospitalet and the University of Copenhagen has confirmed he will be involved in testing up to 45 types of medicine developed in the US to specifically treat COVID-19. The experiments are being run by US institutions NIH and NIAID. The project ACTIV-3 is part of the US government’s gigantic research effort into combating COVID-19, ‘Operation Warp Speed’. ACTIV-3 is a platform where researchers must test the effect of many different drugs on patients admitted to the hospital with COVID-19. Lundgren recently announced the start of trials for the first product and that we can expect preliminary results in September. The final clarification is expected during October or November. Testing of at least three other drugs will begin in September.

Better monitoring should detect disease outbreaks in the bud
Researchers from the DTU Food Institute, together with colleagues at Erasmus University Medical Center in the Netherlands, are leading a five-year EU-funded Horizon 2020 project, VEO, concerning the global surveillance of infectious diseases. The monitoring identifies micro-organisms that might cause disease outbreaks worldwide. The VEO project analyses wastewater from around the world, which helps to map the spread of the new coronavirus SARS-CoV-2. Another project using samples taken from the Greenlandic permafrost analyses the potential of melting poles to trigger new disease threats. The third project is a platform from which researchers can share data on the new coronavirus’s genetic material.