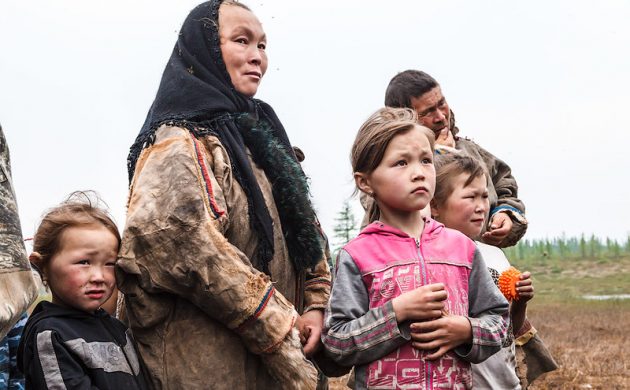 According to Danwatch, the Danish energy company Ørsted has for many years been buying gas from the Russian energy company Gazprom, which is taken from lands in Siberia belonging to local nomads, the Nenets.

The Nenets complain that the gas extraction has forced many of them to leave the Yamal region, a remote area that they have populated for 800 years.

20-year deal
Ørsted entered into an agreement with Gazprom in 2006 to buy 1 billion cubic metres of gas every year for two decades.

Additionally, Gazprom has been supplying gas to Denmark through the northern European pipeline Nord Stream since 2011.

No plans to renew
The company has explained to Danwatch that “it was a completely different time in 2006” in terms of social clauses.

The company does not intend to renew the contract when it expires.

Halved number of hotel guests this year
Over the first half of the year, Danish hotels had half as many guests as last year, according to the new figures from Danmarks Statistik. In total, there were 4.2 million overnight stays in the period from January to June – a 56.9 percent drop. Overnight stays for foreign tourists decreased by 68.6 percent over the six months. Hotels in the capital region appear to be hit hardest: a loss of up to 80 percent of their normal turnover.

Nordic-Baltic foreign ministers criticise Belarus
The Ministry of Foreign Affairs has released a joint statement with the Nordic-Baltic foreign ministers in relation to the ongoing demonstration in Belarus. The foreign ministers of Denmark, Estonia, Finland, Iceland, Latvia, Lithuania, Norway and Sweden have stated their concern “about the violence against post-election demonstrations”. The statement condemns the recent presidential elections in Belarus for not “complying with the international commitments of Belarus and globally recognised standards of democracy and rule of law”.

READ MORE: Belarusians stand up for democracy in demo outside Danish Parliament

Danish journalists not exception
Amid the Belarusian government’s violence against protesters, Danish journalists have also been a target of the authorities. Berlinske journalist Asger Ladefoged was punched in the head by an officer of the law, kicked in the back, and his camera memory card taken, DR reports. DR ‘s correspondent in Minsk, Matilde Chimeras, can no longer can enter the hotel she is staying in as the police have cordoned off her room.

Bestseller accused of producing clothes in Myanmar’s military areas
According to Danwatch, the Danish fashion-giant Bestseller has been indirectly contributing to the financing of the Myanmar military, the Tatmadaw, which has been internationally accused of violating human rights in recent years. A UN mission in 2019 urged all foreign companies to cut off ties as they financially help support Tatmadaw’s activities. However, Bestseller has continued with its production in the area. The company contends that its textile factories cannot directly contribute to the military. Since the UN mission’s report, it has taken further steps to distance itself.