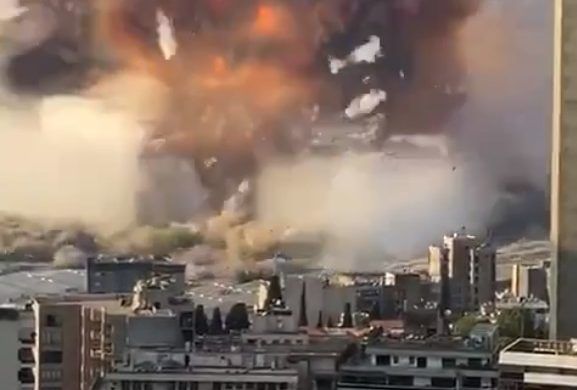 Two Danes were among the 6,000 people injured or killed in the explosion that  rocked Beirut on August 4, Politiken reports.

One of them was Melissa Maria Elsberg, a Danish embassy employee who fell several metres from a building and broke two ribs and her wrist.

In total, 177 people died in the explosion, which caused 95 billion kroner’s worth of damage, according to AFP.

One in five has lost contact with a sibling
According to a new survey conducted by YouGov for Kristeligt Dagblad, some 19 percent have lost contact with one or more of their siblings – the 13 percent as a result of themselves or their siblings breaking contact, and 6 percent due to other reasons. Some 1,489 people in Denmark were surveyed on the matter between June 2 and 8. The survey explains this is because “we are more independent in marriage and family relationships”, contending that children should be raised learning to be dependent on their siblings.

Øresund bridge’s traffic fell by 40 percent
According to Øresund News, traffic across the Øresund Bridge fell by 40 percent in the wake of the corona pandemic during the first six months, compared to the same period last year. Revenue from road traffic decreased by 213 million kroner to 459 million kroner during the period. From March 16 to mid-April total traffic fell by about 70 percent compared to last year. Since the regulations have been relaxed Danish travellers have contributed far more to restoring levels than their Swedish counterparts – mainly due to the entry restrictions in Denmark, according to Øresund Konsortium.

Queen’s second cousin Prince Waldemar dies
Prince Waldemar, a second cousin of the Danish queen, has passed away at the age of 79. Prince Waldemar, a great-grandson of King Frederik VIII, was known in Denmark for a few scandals – most notably for having a messy divorce in 1992 and receiving a conditional custodial sentence for illegally possessing a weapon. The prince was born in Berlin in 1940, but moved to Denmark at the age of five. He was not only related to the Danish royal family, as he was descended from the English king George II and was thus part of the British line-of-succession.