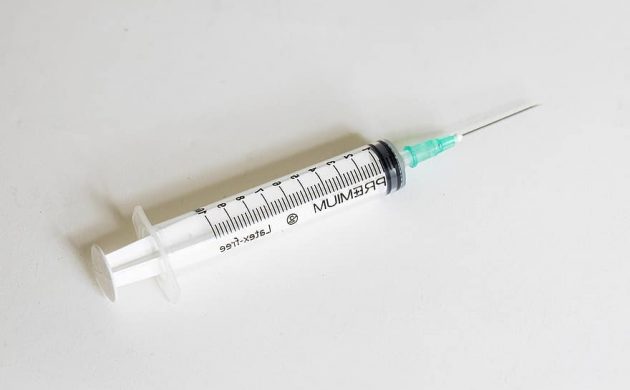 According to the Health Ministry, the EU Commission has just landed the first advance agreement to acquire the possible vaccine against the coronavirus.

Through the agreement, the European Commission has secured the right to purchase 300 million doses from the vaccine manufacturer AstraZeneca, a British-Swedish multinational pharmaceutical company.

The vaccines can cover approximately 40 percent of the EU population, according to the ministry.

Close to final approval
AstraZeneca’s vaccine candidate is currently being tested in phase 3 clinical trials, after which the relevant authorities will assess its efficacy and safety for final approval.

The agreement would require the EU to finance part of the costs associated with the vaccine’s development.

Research: social distancing helped to reduce infection rate
According to a recent study conducted by SDU, social distancing during the first wave of the coronavirus reduced the infection rate by 25-45 percent in most European countries. However, while the inhabitants of Italy, France, Portugal and Spain were subject to the strictest measures, and Sweden’s the loosest, all five countries saw a similar reduction. Researchers concur that a certain degree of social distancing was in place in Sweden without any hard lockdown.

Deadly toxic venom can help heart diseases
A new study carried out by the Department of Biochemistry and Molecular Biology at SDU reveals that the toxins emitted by the Brazilian yellow scorpion, called KPP, could help heart problems. In the new findings KPP activates cellular systems that produce nitric oxide – a substance known to lower blood pressure by relaxing the muscles around the blood vessels. The researchers believe it will be easy and economic to make the substance in the laboratory, without it having to be painstakingly extracted from scorpions.

Heavy rain expected in Jutland
Following DMI’s warning of a cloudburst arriving today, DR reports that Jutland has been hit by rain.  The showers will move up along the Jutland ridge, and they promise to be pretty strong.  While the risk of heavy rain still exists, Zealand and Bornholm can reasonably expect the completion of another summer’s day. Temperatures  are expected to stay warm in Jutland, at around 20-24 degrees, despite the rain.

Nobel Prize technique used for versatile antibodies
Danish researchers are working on developing ‘broad-spectrum antibodies’ that can fight viruses, cancer or even snake venom. According to a new study from DTU, a new method called ‘Phage display’ can be used for debilitating snakebite and it may also be applied to infectious diseases. Phage display is a Nobel Prize-awarded technique that uses bacteriophages to connect proteins with genetic information. By using the technology the researchers have been able to discover broad-spectrum antibodies that can bind to different variants of the same viruses. With a broad-spectrum antibody that can bind to several variants, a virus cannot easily mutate, the study reveals.

Urine test for cystic fibrosis medicines developed by Danish researchers
Researchers from Aarhus University in collaboration with a German research team have developed a urine test that can assess the effect of drugs used to treat cystic fibrosis drugs. According to the university approximately 15 children in Denmark are born with cystic fibrosis every year. The experiment’s results have just been published in the Journal of the American Society of Nephrology.