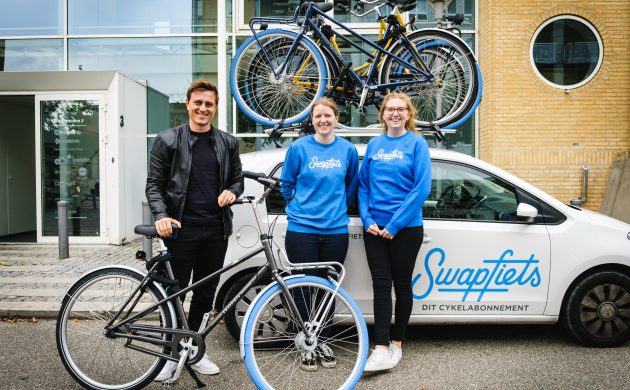 You may have seen an uptick in the number of bicycles with a blue front tyre moving about Copenhagen recently.

That’s because the Dutch-based firm Swapfiets, which champions itself as being the world’s first ‘bicycle as a service’ company, is gaining momentum here.

Since arriving in the Danish capital in 2018, Swapfiets has quickly pedalled up 10,000 subscriptions – 34 percent of which are taken out by internationals.

That makes Copenhagen one of the most popular cities for the service outside the Netherlands, second only to Berlin.

“Our service is made specifically for the citizens of Copenhagen, where the bike is such an important part of everyday life,” said Jonas Nygaard, the district manager of Denmark and Northern Germany.

Free repair and replacement
The concept involves customers receiving a bicycle for a monthly subscription, with Swapfiets handling any repairs or replacements within a 48-hour period.

The firm has two stores in Copenhagen and is also active in Aarhus, Odense and Aalborg.

“When you are busy, the bike just needs to work. So if it doesn’t, you want it fixed immediately,” continued Nygaard.

“That is what we offer – not only quality bikes, but also by providing a service in which we come to you within 48 hours and either repair the bike or exchange it with a new one, so you can keep cycling.”