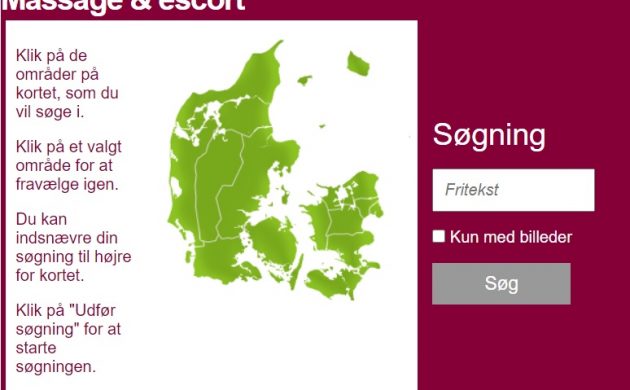 Will 2020 end up being a pivotal year for the Danish media? The #MeToo movement is gathering pace and now one of the country’s best read newspapers is under pressure following revelations printed yesterday.

The sting-in-the-tale for the tabloid Ekstra Bladet is that the damning revelations were printed by a stablemate, the broadsheet Politiken, and they also concern the practices of the newspapers’ owner JP/Politikens Hus – as well as Nordea bank.

This one could rumble on for some time.

Even Danske Bank walked away
The Politiken article lays bare the problematic way that Ekstra Bladet is earning money from adverts for sex workers, with allegations that the tabloid, together with both newspapers’ owner JP / Politikens Hus, could be involved in money-laundering.

Such was the nature of the business that Danske Bank earlier this year ceased dealing with the transactions, ruling that it would look bad for its image following the episode in Estonia and that it could no longer trust the funds weren’t derived from human trafficking. Since then, Nordea has been servicing Ekstra Bladet.

The Politiken report concedes that many of the adverts are placed by “self-employed women selling sex under orderly conditions”.

However, others are working in “miserable conditions in dirty and dilapidated homes consumed by the stench of drug-use, exploitation, coercion, human trafficking, mould, moisture and cat piss”.

The author of the article interviews many, many foreign sex workers who have clearly been assisted with moving to Denmark, often under false pretences, as well as helped to pay the adverts.

Refusing to divulge earnings
David Zepernick, a Frederiksberg city councillor who for many years has fought to raise the awareness of human trafficking as the chair of the Safe and Alive Foundation, is not so much surprised by the revelations, but the way they were divulged.

“On the one hand, the top management of JP/Politikens Hus are violating the very vision and ethic that the newspaper Politiken was founded on, and on the other hand, the brave Politiken journalist exposing the case embodies the very same vision and ethic,” he told CPH POST.

Neither JP / Politikens Hus, which also operates the sites escortGuide.dk and MassageGuide.dk,  nor Ekstra Bladet would disclose how much they earn from the ads.

Ekstra Bladet editor-in-chief Poul Madsen told Politiken that he thought Danske Bank, which has declined to comment about the termination of its deal, was behaving “hysterically because they have such an infinitely bad image”.

“The business of Ekstra Bladet and JP/Politikens Hus is probably illegal and certainly immoral. It has been going on for years and I and others have tried to make them stop their exploitation of the vulnerable victims of trafficking several times, but so far without success. Maybe that will change now?” continued Zepernick.

“I simply cannot understand why a bank such as Nordea actively decided to embrace these highly questionable transactions earlier this year, knowing very well that the ethical committee of its main competitor, Danske Bank, declined to deal with it any longer. I am personally shocked, but I am also shocked as a Nordea customer and shareholder. I hope others are too.”

Commercially exploiting the sexual images of minors
Ekstra Bladet would really appear to be under some strain at the moment, and a DR article today questions its maintenance of its Page 9 girl database, which dates back over 50 years and contains photos of 15-year-old school-girls taken in the 1970s when such images were legal.

The very fact that the photos are behind a paywall makes it even worse, contends Kuno Sørensen from Red Barnet, the Danish chapter of Save the Children, as it means the paper is commercially exploiting the sexual images of minors.

Even worse, but many of the photos of the underage girls on the Ekstra Bladet website have ended up in age-specific compilations on different sites.