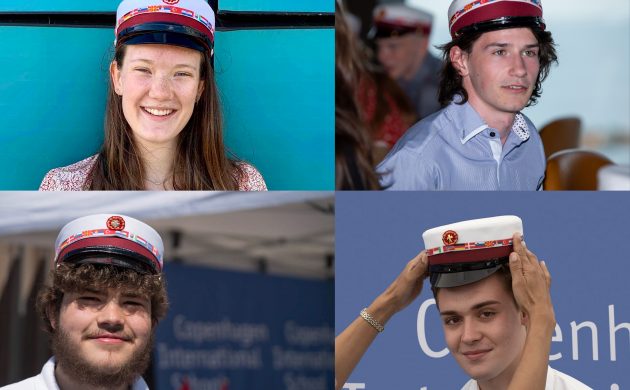 (Going clockwise) Clara, Dániel, Phillip and Johannes all agree that they owe an enormous debt to CIS and the IB for their academic success
September 28th, 2020 2:14 pm| by Ben Hamilton

Copenhagen International School might be an international school, but it breathes Danishness, if the remarks of four of its most successful graduates of the past two years are anything to go by.

Three prospective Oxford students, along with the proud recipient of a perfect score in the International Baccalaureate Diploma Programme, concur that the school has been hugely influential in helping them to achieve a manageable world-life balance in their academic pursuits.

It is the same quality that Denmark is lauded for the world over – that ability to foster hard work, but not at the expense of a social or family life.

Ultimately, this is a nation where people work to live, as opposed to live to work, but that doesn’t mean to say their work isn’t enjoyable, rewarding and consequential.

And thanks to the likes of Copenhagen International School, it is a habit taught early, thus enabling a strong platform from which they can really reach for the skies.

Hitting the ultimate bullseye
Phillip Mondrup, a graduate in 2020, will complete his military service at the Royal Guard in April 2021 ahead of attending university at Imperial College London or DTU.

And clearly he is exactly the kind of soldier you’d want on your shoulder in battle, or on parade at Rosenborg Castle, as he always gives it 100 percent – or 45/45 to be exact, his score in the International Baccalaureate Diploma Programme.

Since beginning Copenhagen International School in the 11th grade, he credits it with instilling order into his life.

“I feel that I’ve improved my work ethic and really figured out the balance between work and free time,” he said. “I’ve matured a lot.”

Striking the right balance is key to the effort that students like Mondrup put into their studies, but don’t for one second think the success has quenched this cadet’s ambition – both in academia and at his academy!

“The Queen of Denmark presents a watch to the best guard of that team. There are about 400 soldiers per team, and the recipient of the Queen’s Watch is chosen by his or her peers for being a good soldier and companion to others,” he explained with steely resolve.

“It would be an honour to receive this.”

Well-oiled juggling act
Fellow 2020 graduate Johannes Hækkerup, who this autumn will begin reading Philosophy, Politics and Economics (PPE) at the University of Oxford, has a similar appraisal of his time at the international school.

Like Mondrup, he identifies the International Baccalaureate Learner Profile Trait he has developed the most as his ability to balance – to the extent that his time has often resembled a juggling act!

“A lot of the difficulty of the International Baccalaureate comes from the many balls you have to juggle,” he explained.

Hækkerup handled everything thrown his way – subjects, assignments, extra-curricular activities such as sport, and the “emotional burden” of being at high school – to get the grade necessary to be admitted to one of the most respected universities in the world.

“The key to doing well is to never drop any of these balls, or else everything starts to become much harder on you,” he said.

It is a lesson that Hækkerup will take into his studies – and further afield.

Like with Mondrup, the sky’s the limit for this young graduate.

“Copenhagen International School has provided me with the perspective and mindset to look outwards and push myself for the very top,” he concluded.

Scholar’s shining on
At first glance, it might look like 2019 graduate Dániel Kovács took a gap year to unwind after winning a place at Oxford to study History, but this was more of a busman’s holiday!

He has been working as a tutor throughout his gap year, and before the outbreak of COVID-19 he worked as “a research assistant to a professor at the University of Copenhagen, helping him compile bibliographies and finding sources for his research”.

Again, finding the right work-life balance has been key to his success, and he is in no doubt that the International Baccalaureate and his time at Copenhagen International School were the crucial elements.

Of all the Learner Profile Traits he developed, he identifies ‘balanced’ as the crucial one.

“Specifically in terms of dividing up time and maximising work efficiency, which I learned the hard way in the first year of International Baccalaureate,” he said.

“Having a good work-life balance and knowing how to make the most of your time and ability is quite the nice universal trait that isn’t just applicable to academics.”

Kovács is a product of the school’s scholarship program, which he owes “a huge thanks to”, as he is in no doubt his time at the school has played an integral role in his move to Oxford, again by encouraging him to aim as high as possible.

“I think the confidence to apply to Oxford came from the skills and knowledge I got and developed while at Copenhagen International School,” he said.

The confidence to succeed
Confidence was also key to 2019 graduate Clara Strømsted, who like Hækkerup is about to start reading PPE at the University of Oxford – particularly during the interview process.

“I think Copenhagen International School encourages a learning environment where you shouldn’t be scared of speaking your mind; you won’t be told off for saying something wrong, and you’re always encouraged to try even though there’s a risk of failing,” she said.

“This was useful in the interviews because honestly there wasn’t a point when I was sure I was saying the right thing, but I still spoke and showed my thinking process.

However, the confidence did not come easily, as Strømsted recalls wasting time on “worrying and doubting” at the beginning of the International Baccalaureate program.

But fortunately she had “super helpful” teachers who were always willing to spend extra time explaining things if she needed help.

“They’re very knowledgeable and passionate, which motivated me to do well, because I knew they were putting in effort,” she concluded. 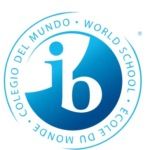 – Founded in 1968, the IB is very much a child of the spirit of the time. Its English-language curriculum encourages creative, critical thinking over rote-learning

– Launched five years earlier, Copenhagen International School was one of the founding schools of the IB. It is very much part of the school’s DNA

– It is available to upper-secondary students at 15 schools in Denmark.