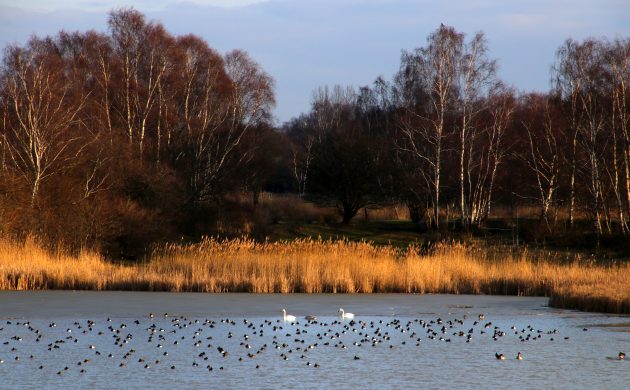 Kalvebod Fælled is just one of the areas walkers can experience along the Amarmino (Photo: Guillaume Baviere)
October 12th, 2020 2:50 pm| by Luke Roberts

On Friday, a new 24 km hiking path stretching the length of Amager was opened. The Amarmino – a nod to the famous Spanish pilgrimage – will take walkers through the island’s beautiful and varied landscapes, working its way from DR Byen in the north, to Dragør in the south.

Following tear-drop shaped markings, the trail passes through Denmark’s largest self-sown birch forest, the Kalvebod Fælled bird-sanctuary, and large beach meadows. For those wishing to take their time, campsites can be found along the route.

The Amarmino is the result of the Naturpark Amager partnership between the Naturstyrelsen nature agency, By & Havn, Copenhagen Municipality, Tårnby Municipality and Dragør Municipality.

Danish-Pakistani infections tumble
Despite making up almost a quarter of new infections in Copenhagen just a few weeks ago, Danes with a Pakistani background now make up only 3 percent of new infections. This is still a significant over-representation of a group that makes up 1.4 percent of the city’s population as a whole, but suggests the ‘Taskforce Covid-19’ that was set up by the Danish-Pakistani Council has had some success. Amongst the measures implemented by the taskforce was the production of webinars and posters in Urdu, as well as working with mosques in the city to raise awareness of the virus and how to avoid spreading it.

Not yet scooting out of the city
Scooter companies have expressed their disappointment regarding the decision taken at Copenhagen City Hall last week to ban the rental of their vehicles from sidewalks and squares in large parts of the city. For now, however, they remain committed to finding a solution to retaining a presence in Copenhagen, with the relevant parties meeting on October 20 to discuss ways in which people may still be able to rent scooters from the city centre and surrounding districts. The all-wheel drive alliance – which includes the scooter companies Tier, Voi and Lime – writes in a joint statement that they have already presented various solutions to local politicians.

Wild horses dragged to Amager
Joining the already free-roaming Scottish highland cattle, Amager will soon become the home of four wild horses. The animals are intended to support conservation efforts on the island, and they will only need limited human attention. In particular, the horses further contribute to nature conservation, as they eat greener feed than the cows, thus making a significant contribution to increasing biodiversity.

Rapid tests to arrive at Copenhagen Airport
It currently takes up to 72 hours for travellers to hear back regarding their coronavirus test, but Copenhagen Airport is hopeful that this figure will stand at just 15 minutes soon. A rapid test such as this is already on offer at Aalborg Airport (for a fee), and the authorities are eager to expand the system in an effort to boost the country’s struggling tourism sector. On Thursday, Parliament agreed upon six new initiatives to support exports and tourism in the capital, including the drawing up of a list of approved private testing services.

Four became two
Controversial construction works in Nordhavn took a further turn for the worse this week, after a new majority determined that Sundkrogsgade would have two lanes rather than the proposed four. The decision came late, shrouded by uncertainty, but Allan Marouf from the local committee is confident the two-lane solution will better serve local residents by reducing the strain on the intersection at Kalkbrænderihavnsgade and Vordingborggade: an area already marked by congestion troubles.