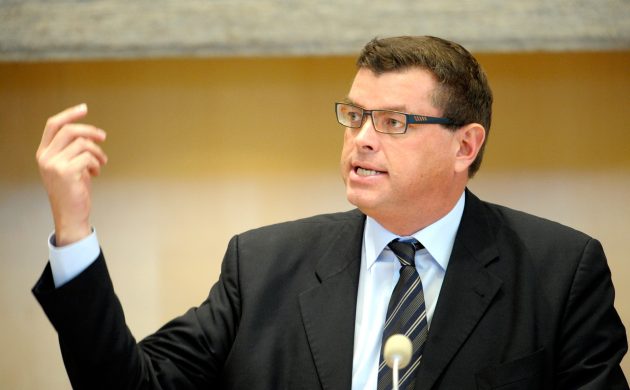 Jensen’s announcement has been well received by the Danish Employers Association, despite its lack of content (photo: Johannes Jansson)
October 14th, 2020 1:09 pm| by Luke Roberts

After a spate of high-level cases of sexism in politics and the media, Mogens Jensen, the minister for gender equality, has promised that initiatives from the government will soon be presented in attempts to bring about cultural change.

“You can start work tomorrow”
He is not yet willing to reveal what it is the government intends to do, however. Instead he has called on workplaces to put the wheels in motion of their own accord.

“You do not have to wait for the government. You can start work tomorrow. And as I see it, every leader and boss should take it upon themselves to take this debate on the basis of the examples we are seeing now, and to clarify and confirm that this is unacceptable behaviour.”

Spate of activity
In recent weeks, Radikale leader Morten Østergaard has stepped down after admitting to sexually assaulting a colleague, with further instances now emerging.

Other high-profile cases include film director Feras Fayyad, who has been accused of abusing a former production assistant, and DR P1 host Mads Aagaard Danielsen, who has been sent home after accusations of abuse from a number of former co-workers.

Flu vaccine flurry
In just two weeks, pharmacies have vaccinated 120,000 of those most at risk from influenza, meaning they have already matched the number vaccinated during the last flu season. Flu vaccinations are particularly important this year, according to the Danish Pharmacists’ Association, as they will hopefully lead to fewer illnesses and less strain on an already stretched health service. Currently the vaccinations have been limited only to those over 65.

Millions set aside for greener shipping
As Denmark looks beyond the COVID-19 crisis, a pool of 30 million kroner has been set aside for applications from parts of the maritime industry looking to re-emerge from the pandemic with a greener business model. In 2018, the International Maritime Organization adopted a climate strategy obliging shipping to cut emissions by 40 percent by 2030 – and at least half by 2050. Applications are to be made to the Energy Technology Development and Demonstration Program.

Roskilde Festival looks to the future
With April’s general meeting delayed, it is only now that Roskilde Festival has been able to announce the successes of 2019’s event. Profits from the festival came to 18.2 million kroner, with all of it then being donated to initiatives and charities supporting opportunities for children and young people. With the cancellation of this year’s festival, it seems a long time since 130,000 people have had the opportunity to gather in a few fields, but CEO Signe Lopdrup is optimistically looking to the future. “Right now we are gathering all our forces on how we can carry out Roskilde Festival in 2021. It is about how we sensibly get through the crisis,” he said.