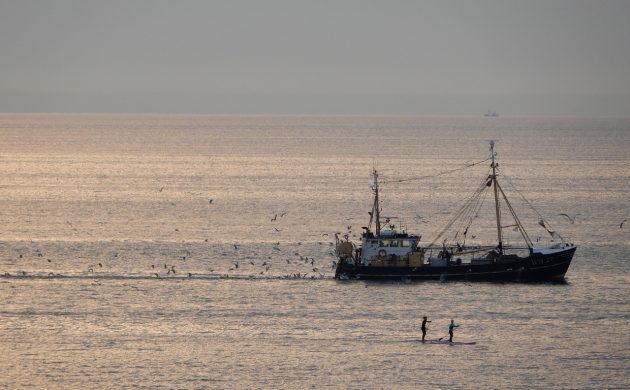 Danish fishermen this week risk having their livelihoods sacrificed to British political point-scoring, as fishing rights continue to be the subject of difficult discussions between the UK and the EU following Brexit.

British PM Boris Johnson has demanded “sole control over our spectacular sea assets” – a stance that risks tearing billions of kroner away from Danish fishermen on the west coast.

Stolen fish and straight bananas
Despite making up just 0.12 percent of GDP – less than the revenue made by London’s luxury shopping centre Harrods – fishing revenue is a contested subject in Britain. For decades, conservatives in the country have charged the EU with stealing British fish from British waters.

In Denmark, on the other hand, fishing is more than a political talking-point. The fishing sector supports 16,000 jobs, with Danish fishermen catching 3.3 billion kroner’s worth of fish last year alone – part of a 26 billion kroner export industry in the country.

Overall it is estimated that fishing is five times more important to the Danish economy than the British, and this pattern follows across the EU at large. Between 2012 and 2016, British vessels caught 94,000 tonnes of fish annually, whilst EU vessels landed 740,000 tonnes, according to the Financial Times.

Tumultuous outlook
Even according to the most optimistic outlook, Danish fishermen are projected to begin losing money at the start of the next year, and they are not alone. France, Germany, the Netherlands, and Belgium are also set to be heavily impacted by the current proposals.

Recent demands from the UK have softened, however, with discussions of swapping EU quotas in the North Sea for British quotas around the Channel Islands, with negotiations then taking place every year after an initial transition period. But such an initial loss, followed by yearly uncertainty, is unacceptable to those countries that currently also fish the waters in the North Sea.

British newspapers today reported that two British boats had come under attack from French vessels firing projectiles – including a flare – in what is being described as the latest ‘Scallop War’.

Like Norway, please
Britain recently signed an agreement with Norway which, if leaked documents are to be believed, gives Norwegian fishermen a permanent share of the total fishing in British waters. It is a deal of this kind that the EU is angling for.

Given that the current debacle revolves more around political rhetoric and showmanship, however, an agreement with Norway and the EU are two entirely different kettles of fish.

Fishing has already been the subject of far more debate than its relative unimportance to Britain warrants, but whilst discussions here continue to flounder, the outlook for a Brexit deal continues to look more and more bleak.