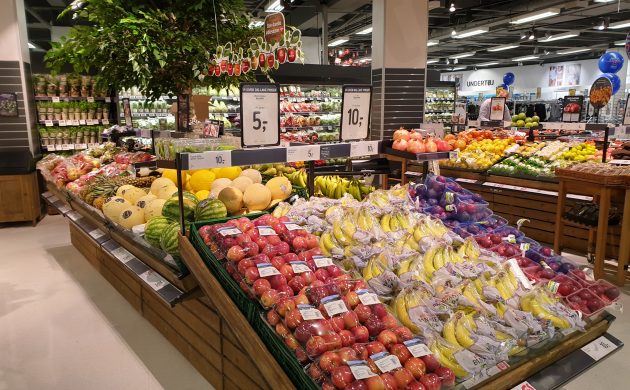 According to a new survey of 3,000 people in the Copenhagen area, more than one in every three in the capital region yearn to eat more sustainability.

The survey, compiled by supermarket chain Føtex, revealed that 40 percent of Copenhageners aim to change their eating habits in the next two years in order to be more climate-friendly.

And while 36 percent said they wouldn’t change their habits to reduce their climate footprint, the majority said they aimed to eat more vegetables and less meat.

A considerable portion (40 percent or over) also said they would look to consume more organic foods and local produce, more seasonal food and more plant-based products.

Don’t touch my dairy!
It was good news for dairy producers, however, as only 15 percent responded that they would cut down on dairy products.

Finally, 26 percent of respondents said they have avoided certain goods because they didn’t see them as climate-friendly enough.

“In Føtex, we have over 100 supermarkets nationwide and at all of them – from Nykøbing Falster to Hjørring – we are experiencing a rising demand for goods that have a focus on the climate,” said Karin Helene Sommer, the head of marketing for Føtex.

“It’s a development that is really gaining traction at the moment, and I think it’s only the start.”

– go for spreadable products or vegetable oil rather than regular butter

– choose potatoes or pasta instead of rice