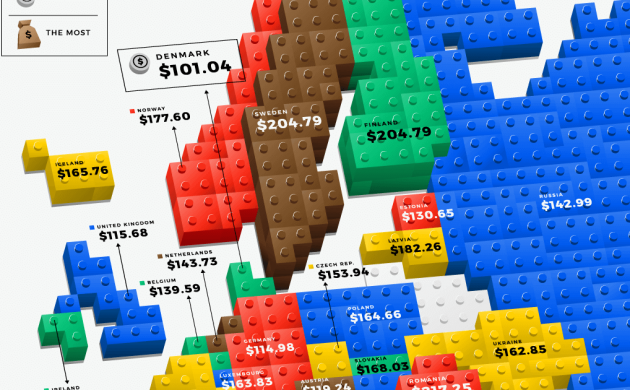 Denmark probably isn’t the first country that springs to mind when it comes to affordable products.

But according to a new report from The Toy Zone, the country is the most affordable in Europe when it comes to Lego sets.

“Denmark is the birthplace of Lego, but living costs in Denmark are high compared to the rest of the world (and yes, Lego is a living cost!). The Boost Creative Toolbox, for example, is more expensive in Denmark than in most of the Eurozone,” The Toy Zone wrote.

“However, certain special editions can be found very cheaply in Denmark. For example, the Pirates of Barracuda Bay set costs as little as $33.86. This brings the overall average down to just over $100 across the sets in our study.”

Es muy caro!
Meanwhile, Ecuador is the country with the highest average cost for a Lego set at a whopping 672.00 US dollars – sets are more expensive in South America than other continents … by far.