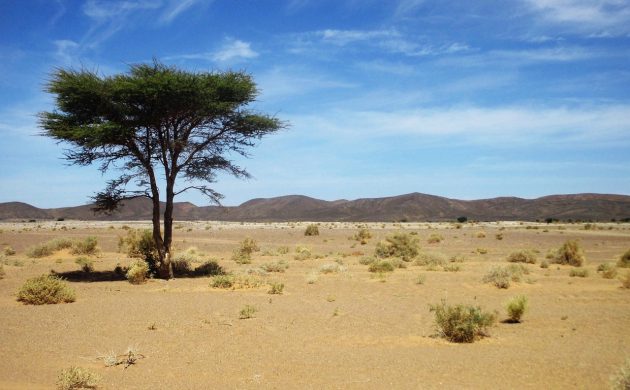 It has long be a common understanding that the westernmost area of the Sahara was populated with relatively few trees: a barren and sandy landscape.

But by utilising the latest satellite images from NASA and cutting edge AI programming, a research team led by the University of Copenhagen has counted over 1.8 billion trees and shrubs in an area 1.3 million sq km in size.

Ordinary satellite images have previously been unable to identify individual trees, but by applying this new technology, that has all changed. Its possibilities for further research are extensive.

Important knowledge
Knowledge of the number of trees in this area is important for a number of reasons.

“Trees outside forest areas are usually not included in climate models, and we know very little about their carbon storage,” explained Brandt.

Therefore this new understanding is hoped, he said, to be of use in building much more accurate climate accounts.

No humans needed
Danmarks Tekniske Universitet has just opened a new centre with a ground-breaking focus. The Center for Collaborative Autonomous Systems represents the latest in research into highly automated and intelligent systems, capable of adapting to their environment and performing complex tasks independently – or with only minor human intervention. The first centre of its kind in Denmark, it features a 1,000 sqm ‘test arena’ – the only one of its kind in Europe.

New light shed on legendary beast
Despite being the subject of a great number of studies over the years, researchers from the University of Copenhagen have for the first time succeeded in mapping the entire genome of a saber cat. More commonly known as the scimitar-toothed cat, it is of the same sub-family as the infamous saber-toothed tiger. The study has revealed that they were highly-skilled endurance-based hunters that probably had complex social behaviours. It also shows them to be a very distant relative of all living cat species, appearing at least 22.5 million years ago.

Danish scientists battling coronavirus
Physicists from the Niels Bohr Institute at the University of Copenhagen have developed a new model capable of better predicting the developmental pathway of coronavirus cases in Denmark, which also identifies how best to handle the increasing number of infections. What distinguishes this new model from its forerunners is that it is based on the activities of the individual: looking at family structures, workplaces, commuter distances and the number of instances of contact with others.

‘Protein paradox’ solved
For decades scientists have puzzled over how cells control the speed of DNA replication, but researchers in Copenhagen have now unravelled that mystery. Every single cell in the body is constantly dividing to create new cells, and a complicated process is involved in making sure these new cells avoid disease and death. It was previously not understood why the body maintained a huge surplus of proteins, but now we know that “all these proteins have a specific function”, explained Hana Sedlackova, the lead author of the new study. It is hoped these findings could potentially be used to exploit weaknesses in cancer cells.

Common form of migraine linked to dementia
Those that have migraine with aura – a type of migraine characterised by visual or sensory disturbances, and which one in 20 people in Denmark suffer from – are 50 percent more likely to develop dementia. This is the view emerging from research carried out by Nationalt Videnscenter for Hovedpine and the Institut for Folkesundhedsvidenskab at Copenhagen University. The reason for this connection is not yet known, but it is thought to be related to brain activity during the migraine attack.