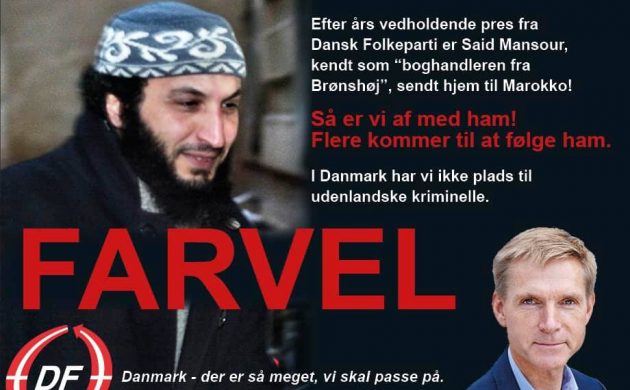 Last year, Said Mansour was deported to Morocco after becoming the first person in history to be stripped of a Danish citizenship.

Now, according to several Moroccan media outlets, the 60-year-old has been sentenced to death in Morocco for his role in a terror attack that left 45 people dead in Casablanca in 2003.

Nicknamed the ‘Bookseller from Brønshøj’ in Denmark, Mansour was sentenced to four years in prison for encouraging terrorism in 2015.

READ ALSO: ‘Bookseller from Brønshøj’ shipped out of Denmark

A guarantee by Morocco
After serving his time, he was deported to Morocco in early 2019 and immediately jailed for his role in the Casablanca attack.

The immigration minister at the time, Inger Støjberg, said at the time that the Danish state had been given a guarantee by Morocco that Mansour’s safety would be guaranteed.

Eigil Strand, who represented Mansour back when he was deported, contended that if his former client had indeed been given the death penalty in Morocco, Denmark has violated his basic human rights by deporting him to face such punishment.