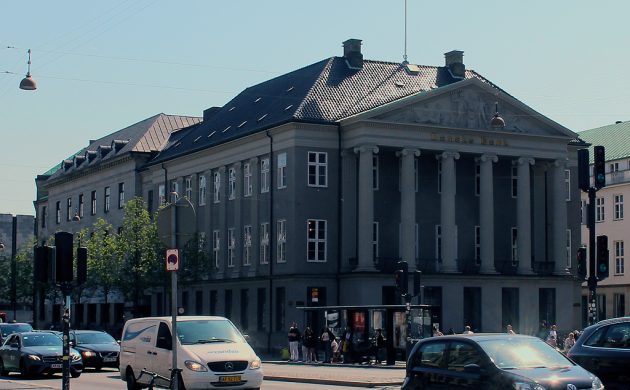 Danske Bank has once again been rocked by scandal (photo: Per Meistrup)
October 26th, 2020 7:41 pm| by Luke Roberts

New internal documents, seen by TV2 and Berlingske, reveal that Danske Bank instructs its employees to encourage indebted customers to sell through the bank’s own real estate broker at an elevated fee.

After months of repeated scandals, it further entrenches a worrying picture of the culture and practices within Danske Bank.

Tasteless business practices
Whilst previous ‘errors’ have been blamed in part on IT failures and human mistakes, there can be no doubt as to the source of this latest one. An internal employee manual directly instructs the encouragement of the use of Home, the bank’s own real estate broker, for indebted customers who have agreed to sell their homes.

It goes on to demand that the customers who agree to use the bank’s estate agent chain must be subjected to prices greater than those they would have been charged elsewhere. In total, an internal investigation reveals that customers were overcharged an average of 28,800 kroner, totalling 64.6 million kroner in overpayments to the estate agent.

“It’s tasteless in its entirety. Business procedures must of course be in order and legal, and the customers’ overall interest must be taken care of without the bank’s interest in its own earnings,” commented Lars Krull, a banking expert attached to Aalborg University.

Discrimination, trained
Previously it has been revealed that Danske Bank has for decades collected too much debt from thousands of its customers, and it is some of these same customers who have been subjected to malpractice when selling their homes.

What this amounts to is the bank’s most vulnerable customers being left with even greater debt, on the bank’s instruction, even in the process of attempting to repay the overcharged debt they originally owed.

Plesner, the law firm looking into the case, has described it as one of systematic discrimination. In a confidential note, reported by TV2, lawyers conclude that customers “in a vulnerable situation” have “been made to feel the pressure” to pay an overpriced fee to the bank’s own real estate chain.

Ten, twenty, thirty years
In doing so, the bank has violated a number of elements of the Financial Business Act, as well as the banking sector’s good practice rules. Danske Bank’s own lawyer has emphasised that the discrimination has been so entrenched that new employees have been trained in the method.

The note from Plesner suggests it has been taking place for up to a decade, whilst an internal memo from the bank goes as far as suggesting it has been going on since 1992.

In a written apology from the bank, it says “it is course unacceptable if there has been such a procedure” involving the brokers, but goes on to emphasise there is nothing to suggest that such practices have had negative consequences for customers.