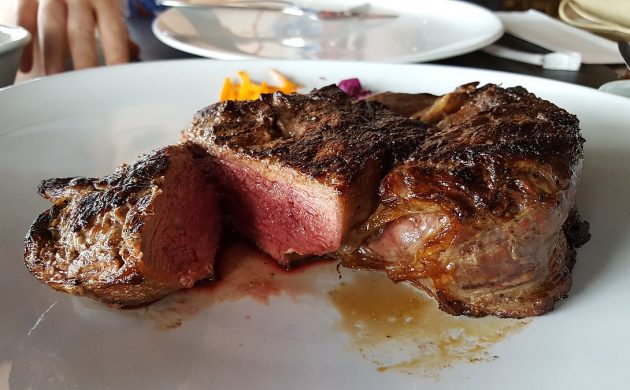 Depending on your reaction to this finest Uruguayan entrecôte, this is either good news or bad news (photo: Rachmaninoff)
October 27th, 2020 10:38 am| by Ben Hamilton

The news just got worse for Copenhageners.

According to a recent index published by Housing Anywhere, the Danish capital is the second most expensive European city for restaurants.

But now it emerges it is also the dearest city for eating in as well!

Highest cooking costs
Copenhageners pay the highest energy prices in relation to using their ovens, according to the 2020 Diet Destination Report compiled by money.co.uk.

They pay €2,193.50 a year, which is roughly five times more than the cheapest cities included in the survey, such as Moscow.

The residents of Berlin, Munich and Brussels pay similar rates to Copenhageners.

Seventh worst for meat-lovers
However, the Danish capital is not the worst city for meat-lovers. That honour was taken by Oslo, with Copenhagen seventh.

While meat-lovers in the capital face crippling energy prices and limited steakhouse takeaway options (fifth worst), the price of the raw products was not as high.

In Housing Anywhere’s figures, groceries only rated as the 30th priciest, and money.co.uk found that meat was relatively affordable compared to others, even though the prices are 13 percent higher than the European average.

Nevertheless, for meat-lovers feeling a little deprived, here are the five best European cities to chew on: Glasgow, Budapest, London, Moscow and Paris.