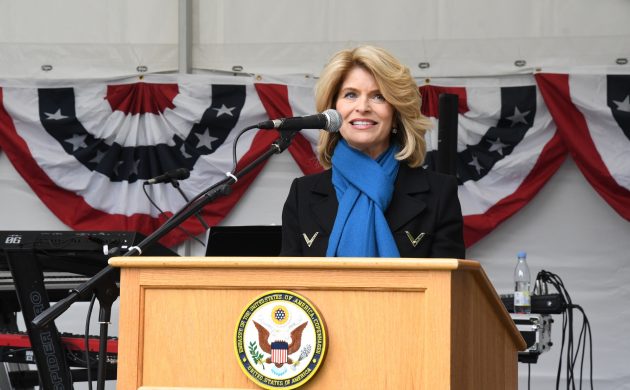 Professor Derek Beach, a political science academic at Aarhus University, has accused Carla Sands, the US ambassador to Denmark, of undermining democracy in various tweets about the US Election being potentially rigged, reports BT.

Using a dead husband’s vote
Sands has inferred the postal voting system may have been abused to rig the election, claims Beach.

“My husband died 5 years ago and Los Angeles, CA still sends him ballots,” she wrote on Twitter.

“Americans should demand our elections are honest, fair and transparent. If we are going to sell Democracy around the world, we have to LEAD BY EXAMPLE! Demand clean elections!”

To support her claim, she shared supposed ballot papers of her husband, which were posted to her US address months before the election, but fully five years after his death. 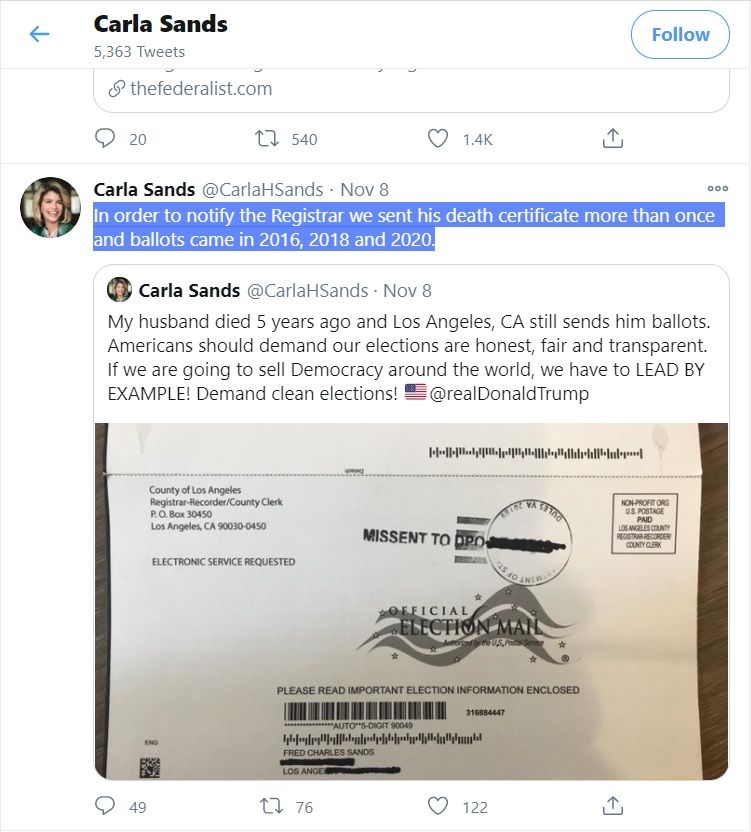 Meanwhile, the Los Angeles County Registrar-Recorder/County Clerk (LACRRCC) refuted Sands’ claims in a message posted in the comments section of her tweet.

“This image is not of a ballot. It is one of two mailings sent in advance of the election; likely the one that served as a verification notice intended to elicit notices of address changes or other data corrections. Based on this notice, the record will be canceled,” LACRRCC wrote.

Huge operation unlikely, argues academic
And Beach, whose expertise lies in the electoral process, is highly sceptical that a third party could use ballot papers in the heavy numbers required to influence the result of an election.

In order to vote using the ballot papers, he argues, somebody would need to register using a signature, a likeness supported by a valid ID and proof of address through a recent bill – and then the signature would need to match when they vote, in person or by post.

“A postal vote does not just automatically count when it is received at the polling station,” he told BT.

“The signature must match the one on your ballot paper, otherwise it will not be approved. So it’s starting to get pretty extensive if you have to cheat on an election.”

Sands suggestion is “scandalous”
Beach rejects Sands’ proof, saying that it is not uncommon for the state to not know that a potential voter is deceased.

All Americans remain registered as voters until the authorities are notified. Sands, in a tweet, claims the authorities were notified of her husband’s death “more than once”, but that ballot papers still arrived in 2016, 2018 and 2020.

“There is no evidence that postal votes are being cheated,” continued Beach.

“On the contrary. It is an insane conspiracy, and it is scandalous that an ambassador from the United States speaks like that. It’s crazy that we have an ambassador who passes on conspiracies about something that is so fundamentally wrong. It is very dangerous for democracy. It undermines free and fair elections, which are the cornerstone of democracy.”

Not unheard of, but not on this scale
To rig the election in the way Sands is suggesting would require an extensive operation of obtaining ballot papers and imitating signatures, argues Beach.

“Where did you get all those signatures from? It sounds unlikely to my ears. When people suggest such conspiracies, you just have to think logically about what it will actually require to cheat in that way.”

Beach does not deny that electoral fraud sometimes goes on. There have been cases in Oregon, for example, where postal voting has been going on for three decades, but only at an approximate rate of two fraudulent votes per election, he claimed.