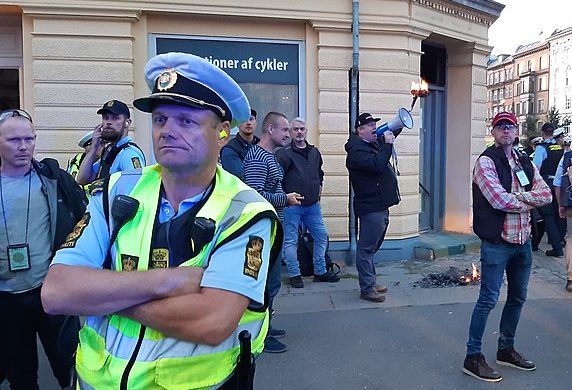 Rasmus Paludan, head of the extremist party Stram Kurs, has been jailed in a detention centre in Paris after planning to burn a Koran in a largely-Muslim district of the city.

According to the party, Paludan has now been held by the French state for two days – a fact which the Danish Embassy in Paris has confirmed.

Earlier this year Paludan was found guilty of 14 counts of racism, defamation, and dangerous driving by Danish courts and was sentenced to three months in prison. Since release, he has set out on a tour of Europe where the party hopes to burn Korans in each country along the way.

No tolerance for extremists
Meanwhile, five members of Paludan’s party only got as far as Belgium before being expelled from the country and banned from re-entering for up to a year.

Belgium’s secretary of state for asylum and migration, Sammy Mahdi, called the group “a serious threat to public order.”

“In our society, which is already very polarised, we don’t need people who come to spread hatred.”