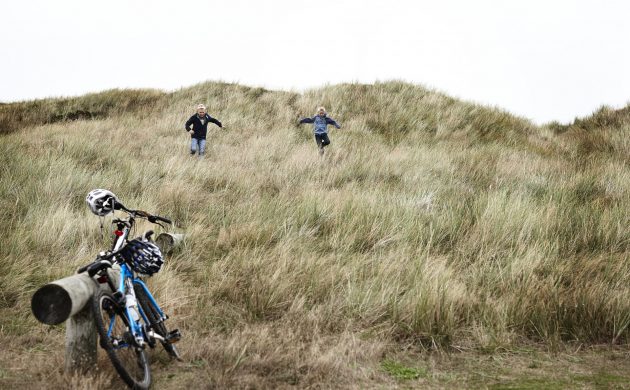 Some of us live to work, others work to live, but it’s not something that many of us would admit to – either way!

After all, it’s hardly selling your work commitment in an interview if you say: “This job is beneath me; I’m just here for the pay check.”

Likewise, it’s debatable how well “My job is my North, my South, my East and West; my working week and my Sunday rest” will do at a speed-dating event.

Besides, Danes are hopeless with cultural references.

Workaholic-free zone
But then again, there is strong evidence to suggest that working to live is exactly the kind of sentiment you should be signalling if you want to work for a Danish company.

In India or South Korea or the US, it’s a badge of honour to be the first one in the office and the last one out, but here in Denmark leaving early is encouraged and expected.

Employees with a wholesome, fulfilled family life are more sought after than workaholics. Tell your prospective employer that you admire the Danish work-life balance.

Even if it’s a blatant lie and you think they’re the laziest people in Europe.

Every bairn is sacred
A good example of the work-life balance is the respect shown for the word ‘family’.

Should you be unable to attend a work function because it is your daughter’s birthday, or even have to leave work on deadline day because of a family emergency, no eyebrows will be raised … not even a frown.

Families are sacred, and it is completely normal to leave the office for a couple of hours during the day to take Junior to the dentist, or to leave early to make it in time for his little sister’s piano recital.

Make risque jokes all you like – the Danes love dark humour – but never make fun of a colleague bailing out of going to the pub after work!

While Friday bars are gaining in popularity, you can bet your bottom dollar that every departing parent is whizzing off to daycare or school to pick up the kids, or back home to start work on dinner, which the whole family will invariably gather around a table to enjoy.

It’s so respected that there are even some schools that don’t issue homework in case it encroaches on the family hygge.

And somehow … Danish companies thrive and academic excellence is the norm.

Expats love it here
The work-life balance is cited as the most important factor in expats accepting a job in Denmark, according to Expat Study 2020, a sextennial report compiled by Oxford Research on behalf of Danski Industri, which was released in July.

Some 86 percent of the working expats who have been here less than five years agreed or strongly agreed with the statement that they “without doubt enjoyed living in Denmark”.

“The more it becomes clear that in Denmark you can get good working assignments, a good salary and a reasonable work-life balance, the more it increases companies’ advantage in the fierce global competition for talent,” commented Steen Nielsen, the DI deputy general-secretary.

Denmark a world leader
The Danish work-life balance has been consistently popular with expats over the last decade, and it is clearly an area in which Denmark is a world leader.

It was number one in Europe, according to a TotallyMoney survey in November 2017. Respondents praised the relatively short working week, the abundance of bank holidays and a good holiday allowance.

Compared to neighbours Sweden, the second-ranked country, its average working week was 3.5 hours shorter, although with just 11, it had three fewer bank holidays.

Denmark didn’t have the shortest working week, trailing the Netherlands (third overall), which averages 30.3 hours. However, the Dutch had the second fewest number of bank holidays.

Best in the capital
Going one better perhaps, an annual survey carried out by the global expat community network InterNations has rated Denmark as having the best work-life balance for expats in the world – on several occasions.

Most respondents expressed unhappiness with the country in general – most particularly with the difficulty they have making Danish friends – but 76 percent said they were satisfied with their work-life balance (compared to a global average of 61 percent), and 82 percent were happy with their working hours.

In Copenhagen, 83 percent were happy with their working hours and 84 percent said they liked the work-life balance. In fact, 47 percent said it could not be better, compared to a global average of 20 percent.

Highly-educated
“With just 39.7 hours per week (vs 44.3 hrs globally), expats working full time in Denmark have the shortest working week out of the top 10 countries with a great work-life balance,” InterNations remarked.

“Maybe it’s that benefit which attracts highly educated expats: close to half the respondents in Denmark (47 percent) have a master’s degree or similar. Additionally, 12 percent hold a PhD (vs. 6 percent globally), which is – together with Sweden – the highest share out of the featured top 10.”

According to the Expat Study 2020, 38 percent of all expats and their spouses have a master’s degree, 29 percent a bachelor’s and 8 percent a doctorate.

Very important
The work-life balance was highly valued by Brian Lawrence Odlaug, an American expat working in the Danish pharmaceutical industry, who CPH POST spoke to in July 2018.

“I think the balance between work and family is extremely good here. It is respected that your family is important and that you have a life outside of work. In the US, the working-hours are longer and there is more pressure. So, I think there is a major difference in the mentality and the culture,” he said.

“It is just a little bit more relaxed here in Denmark. However, this does not mean the quality and the amount of work is less here, because what we end up achieving is comparable to what we could achieve in the States. I think that is a reflection of the work-life balance.”