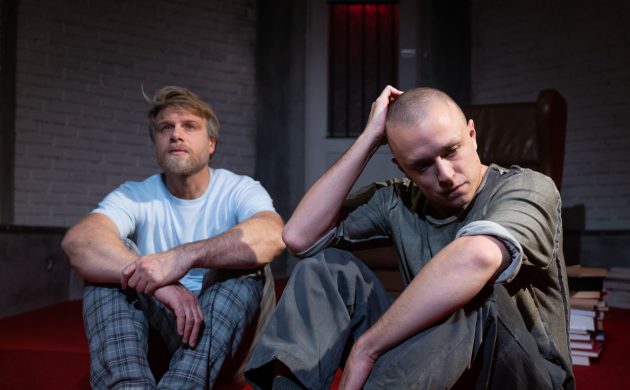 The action is confined to a room, but the stage at Teatret ved Sorte Hest, where Why Not Theatre Company’s production of the brand new English-language play ‘The Cheyenne are Leaving’ is running until December 5, is so much bigger than that.

Soon we have the sense of a tenement block with poor security, a mostly deserted housing estate, the southern district of a city, and a river running through it.

If that sounds poetic, it’s because it is. Playwright Tanja Mastilo weaves tapestries for her characters to inhabit that extend far beyond the confines of the four walls of the stage. The art of building such worlds reminds us that as much as others might try to confine us, they can never restrict our imaginations. 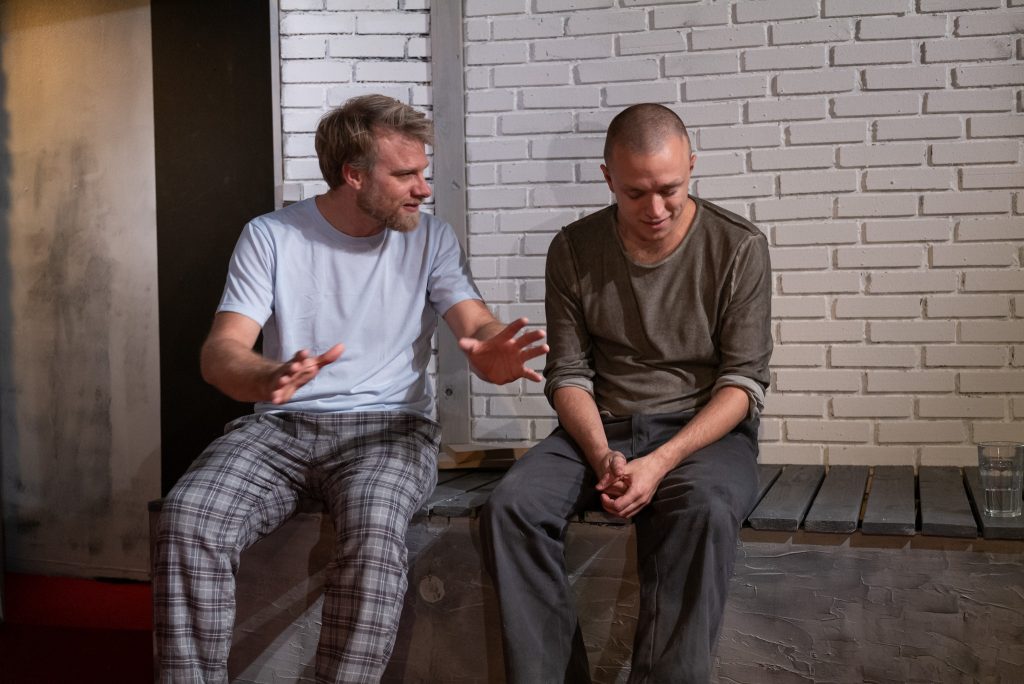 Smoky, sparse, but too sexy for this room?
Of course, we’re not really here to appraise Mastilo’s play (or ruin it by giving away the plot like most Danish theatre reviews), but Nina Larissa Bassett’s staging of it – and together with scenographer Peter Rasmussen she has given the play the very best environment in which to thrive.

As we enter the theatre, stage smoke is seeping off the stage, an entry system monitor is flickering by the only door on view and some gymnasium students are chatting loudly in the back row. One of them announces: “I know I am sexy.”

The sound of distant bombs, and then closer machine guns, conveys the war-torn nature of the setting, and the sparseness of the room – an armchair sits in a sea of carpet, as isolated as the protagonist, it will transpire – suggests it’s been a while since the decorators have been in.

The auditorium lights suddenly flick off, and then on again, the students are quiet now, and we’re half expecting the ceiling to cave in. A distant citar tells you all is not well.

Grabs you … in a sophisticated way
An engaging opening then pulls us in … and it never lets go. It’s like the protagonist, Noah (Why Not Theatre and Mastilo stalwart Nathan Meister), an acclaimed author who lives alone, has grabbed us by the scruff of the neck, or perhaps lapels would be a better description such is the dignified nature of his address.

Monologues can go wrong, but this one is punctuated by all manner of distraction, from imaginary family members to irritating doorbell ringers who Noah gets to shout at from his window. And all the time, the tension is building: this, we are told, is very much Noah’s habitat. The thought of an interloper … it becomes unthinkable.

When ‘he’ first appears, we see him through the frosted window of the door, his outline foreboding. It’s reminiscent of a horror film in which you can’t quite see the menace until it’s got you in its vice: blurry in a fog, black and white outlines, mummified. Without doubt, it’s the highlight of Rasmussen’s contribution.

When the door is finally, reluctantly opened and Leon (Joe Young) walks in, the routine becomes exceptional. After all, it’s in their nature: doors open. But few like this. The tension of the moment is testament to a director with her finger firmly on the pulse of her text. 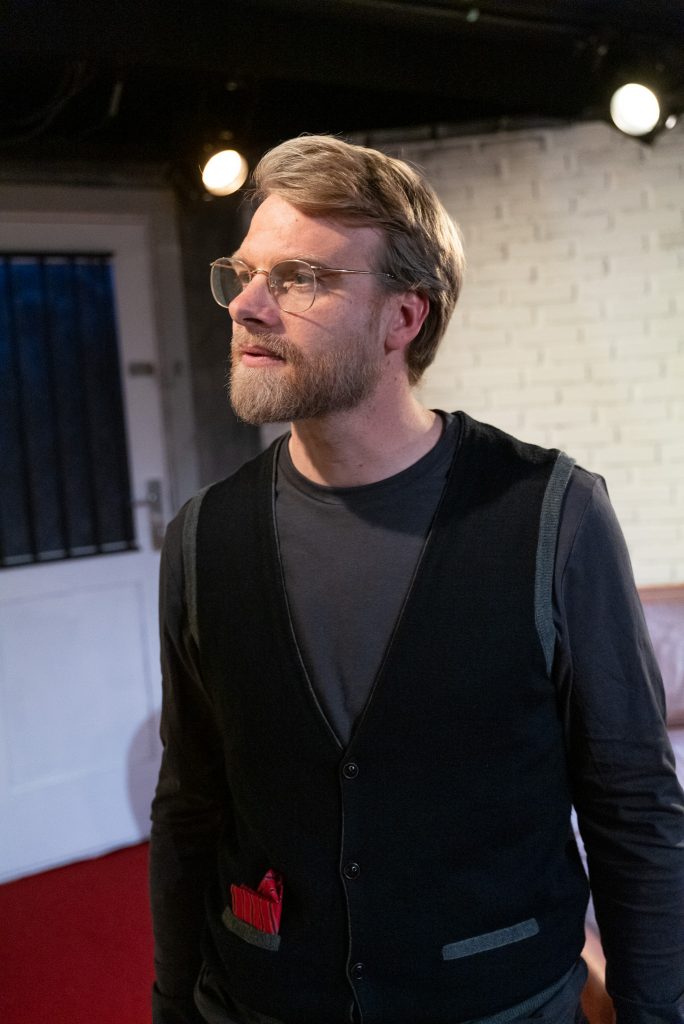 It’s true he doesn’t look like he’s living on tea and cup-a-soups, but otherwise he’s been convincingly aged for his role as the middle-aged author without looking ridiculous (like Harry Potter at the end of the last film, for example).

But in the intimate setting of Teatret ved Sorte Hest, it is Young who gives the stronger performance. His eyes never stop conveying his inner turmoil, and it’s his emotion that you end up subscribing to the most. 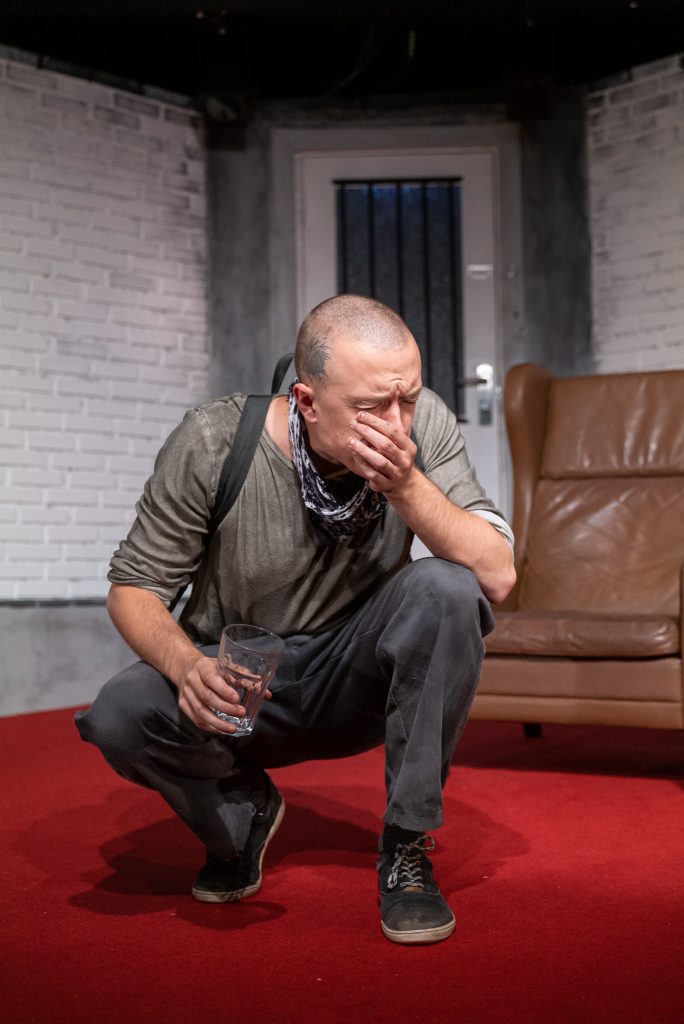 The play’s emotional heart
A special mention should also go to Kerry Norton-Griffith (following on from her superb turn as the title character in Mastilo’s 2019 triumph, ‘Mairead’, no less), the voice of Dolores, whose letters are read out at various ventures.

Her superb reading evokes the true meaning of home – the central theme of this play – and truly provides its emotional heart. Credit must go to the director for the way Dolores’s voice was used as Noah’s conscience – to the extent that its first use was seriously disarming.

The involvement of an established British actress like Norton-Griffith is further proof of the ability of artistic director Sue Hansen-Styles to attract and nurture such talented individuals. Her faith in her resident playwright  is really paying dividends: long may their success continue! 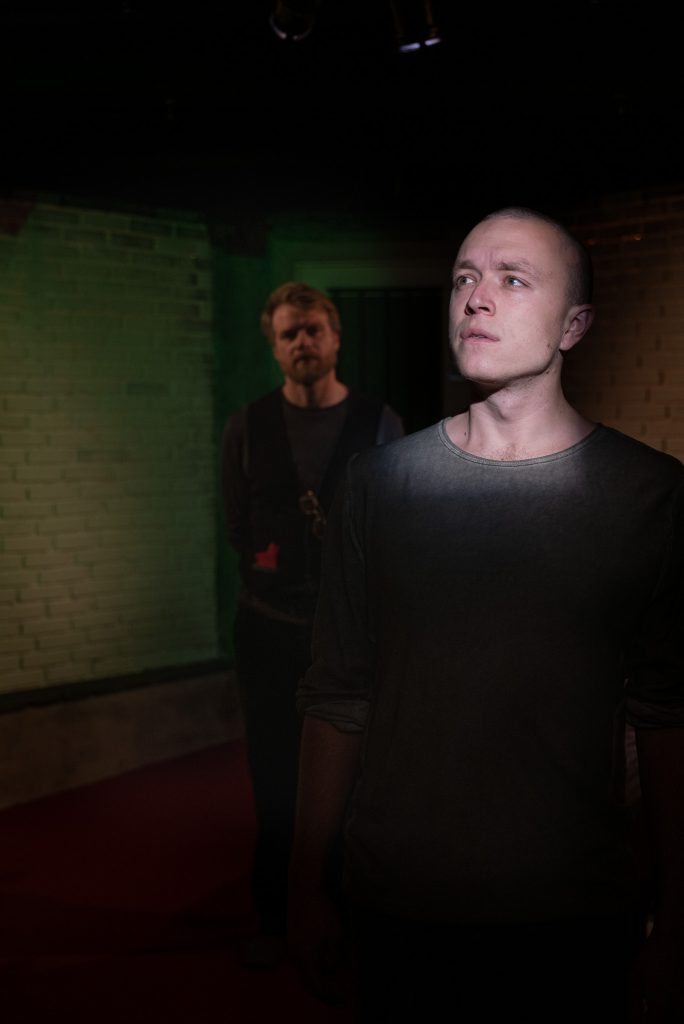 The Cheyenne are Leaving

Tanja Mastilo’s brand new play is set in a fictional world destroyed by war. The protagonist, an isolated writer, welcomes an interloper into his home. The story explores the idea of ‘home’ and how far we will go to hang on to what was once familiar.