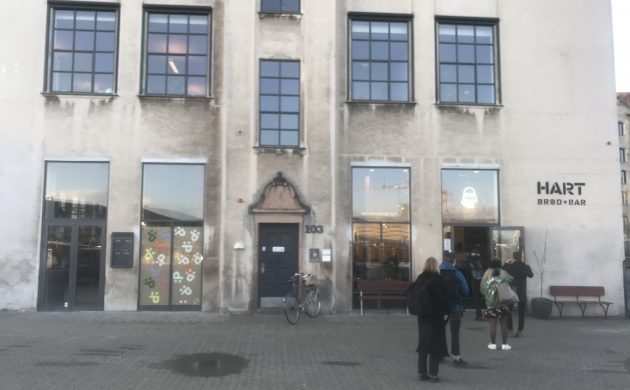 Mr Harbourmaster, we’re going to need more space! With Noma’s burger joint opening next door to Hart Bageri, where the hell are we all going to stand?
November 20th, 2020 10:30 am| by Ben Hamilton

If you missed trying out the Noma burgers over the summer, you’re in luck!

From December 3, the team behind the country’s most successful and famous restaurant are opening a new burger joint at Strandgade 108 in Christianshavn – just on the right after you pass over Inderhavnsbroen from Nyhavn.

The menu at POPL will be more extensive than in the summer, with fries and more salad and dessert offerings on sale than before.

Comfort food for hard winter ahead
Noma’s head chef Rene Redzepi explained to today’s Politiken that the measure is necessary to help see his business “negotiate a very hard winter for the industry to get through”.

In a frank discussion, he also fielded questions about the sustainability of the project given that its primary product is beef, albeit sourced organically from three farms in the Danish Wadden Sea National Park in west Jutland.

“The cattle roam and graze freely to enrich the existing wildlife and support the health of the soil,” according to the restaurant website.

POPL will be in good company, as it will be sharing the building, a long-term rental of Noma’s that previously housed Restaurant 108, with Hart Brød + Bar, a second outlet of the bakery endorsed by Redzepi that is run by British baker extraordinaire Richard Hart.

Community! More like a stampede of organic cattle
According to the POPL website, the name is derived from the Latin word ‘populus’, which means “community of people, but also refers to poplar wood, which is a nod to our approach and our great respect for nature”.

To create the restaurant’s vegetarian and vegan burgers, quinoa is the chief ingredient. Nurtured over a two-day process in Noma’s fermentation lab, they are “not an after-thought”.

To eat in, the burgers cost 145 kroner and the fries (roasties cooked in beef fat) 50 kroner, although as a takeaway option, the burgers only cost 110 kroner. A kids menu combining burger, fries and a crudité costs 150 kroner.

Among the desserts are a chewy cookie, a slice of rainbow ice cream and a soft serve – served with Butterscotch caramel sauce should you fancy it.