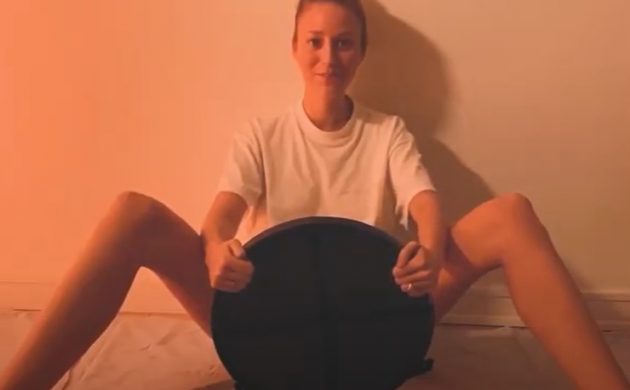 Without the recent #MeToo movement in Denmark, we wouldn’t have known there were many feminists here, coming as it did fully three years after the rest of the world.

But then the naysayers would have been left with egg on our face following the news that two feminist Danish directors are making serious strides with films about female empowerment.

Let’s talk about our fruit
Two short Danish films have been chosen for inclusion in the Mobile Film Festival on Women’s Empowerment, it has been confirmed.

‘Let’s talk’ by Anna Alvarez and ‘Our Fruit’ by Emma Lykke will be included on a selection list of 60 one-minute films from 25 countries.

The first is about body hair and the other about a woman looking at her vagina in the mirror.

Flood of female filmmakers
In total, the festival organisers received 1,130 submissions from 101 countries, of which 57 percent were made by female filmmakers. For the final 60, this share rises to 70 percent.

“They all share the common characteristic of highlighting women’s empowerment,” commented the organisers.

And also being incredibly short.

Representing Denmark at the Oscars, with hopes of another round of glory
Thomas Vinterberg’s film ‘Druk’ (‘Another Round’) has been selected as Denmark’s official entry in the Oscars. It saw off the challenge of ‘Shorta’ and ‘En helt almindelig familie’ after an incredibly successful run at Danish cinemas, which has also included a high number of screenings with English subtitles, selling 753,000 tickets in the process. For producer Sisse Graum Jørgensen, it will be a chance to mark the tenth anniversary of her film ‘Hævnen’ with another win. Since then Denmark has made the nine-film shortlist an impressive six times. The team behind ‘Druk’ will learn if it has made it onto a nine-film shortlist on February 9, and then the final five on March 15. The Oscars will this year take place on April 25.

Black Sun: back again, but this time with a new book
Millions of starlings are congregating in the marshlands of southern Denmark to do their best to turn day into night. Yes, Black Sun season is here again. The birds gather in murmurations to become one unified entity, which can be handy when seeing off predators – a breathtaking and veritable ballet of life or death, according to Danish photographer Søren Solkær, who has just released a book covering the phenomena. “At times the flock seems to possess the cohesive power of super-fluids, changing shape in an endless flux: from geometric to organic, from solid to fluid, from matter to ethereal, from reality to dream – an exchange in which real time ceases to exist and mythical time pervades. This is the moment I have attempted to capture – a fragment of eternity.”

A marsh with a view: BIG plans to open up tidal flats to wider scrutiny
Bjarke Ingels Group is designing a 25-metre, spiralling observation tower in the Wadden Sea National Park near Skærbæk. Thanks to the BIG design, the Marsktårn (marsh tower) will enable birdwatchers and nature lovers a good view of the tidal flats from every step. At the foot of the corkscrew-like staircase, a tourist office and cafe will be located, as well as a campsite nearby. It is set to open in the spring of 2021.

Give him attention and porridge, but just don’t move him
‘The Wooden Man’ is finally getting his moment in the spotlight, thanks to a story on atlasobscura.com, despite spending the last three or four centuries hiding in a dusty attic at Egeskov Castle on Funen. Legend has it that should the doll be moved from his place of rest, the whole castle will sink into its moat. Resting on a cushion, the owners give it a bowl of porridge every Christmas just in case there’s nisse blood running through its woody veins.