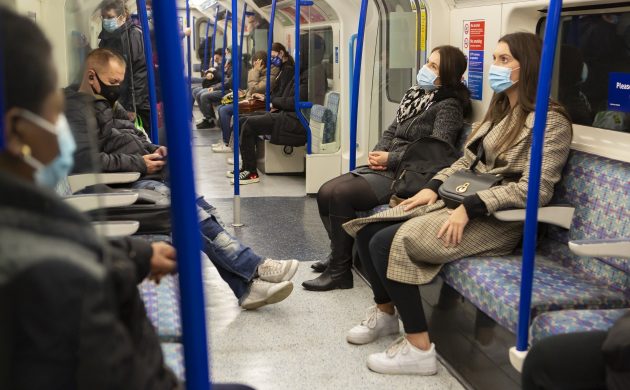 The Health Ministry has broadened guidance on what is to be considered a ‘close contact’: when someone has been near a person who tested positive for coronavirus.

The new definition of ‘close contacts’ includes those who have been within two metres of an infected person for more than 15 minutes – if in a situation where people are singing, talking loudly, or yelling, so for example at a night club, or if the two were in a closed room without good ventilation.

Stay safe and self-isolate
The health authorities advise anyone who has been in close contact with someone testing positive for the virus to go into self-isolation immediately.

“In addition to the broadened definition for close contacts, we are also now advising that anyone who has been close to someone who has tested positive should go for a screening test, even if they don’t meet all the definitions of ‘close contact’. This could, for example, be if you’ve sat in the same office as someone or sat together in a meeting room,” said ministry spokesperson Helene Probst.

The government urge continued caution and vigilance, as corona infections rates remain at around 1,000 cases per day across the country.

News bureau Ritzau targeted by hackers
The Danish news bureau Ritzau was hit by hackers last night, forcing the company to shut its servers down. The attack meant that Ritzau could not send out news as normal via its news service and instead had to move to an emergency email system. CEO Lars Vesterløkke said the company does not yet know who was behind the attack, but believes that professionals were involved.

Cabinet vote to invest 760 million kroner to support Denmark’s vulnerable
Parties voted by a wide majority to put 760 million kroner towards initiatives that support Denmark’s most vulnerable people. This will include funds relating to people with disabilities, those facing violence at home, organisations fighting against loneliness, and vulnerable children. “With this deal we’re setting our focus on the people in our community who have the most need for our help,” said Camilla Fabricius on behalf of the Socialdemokratiet.

No shock there – 2021 will be the year of the electric car
An electric car has been crowned as the winner of FDM’s Car of the Year competition for the second year in a row, showing Denmark’s growing support for green vehicles. Voters chose the VW ID.3 as the Car of the Year for 2021, winning out against last year’s prize winner: the Tesla Model 3. Søren Rasmussen, the editor at FDM, summed up the event: “Just a few years ago electric cars were a rarity, but in a few years more we’re going to have a hard time spotting anything other than electric cars on the road.”

Manor that was home to kings and murderers is up for sale
Kongsdal Gods, a manor house south of Holbæk, is now up for sale – for the right offer. The house has been in the possession of the Estrup family for more than 185 years and has seen its fair share of Danish history. Originally owned by Bishop Absalon in the 1100s, the house fell into the possession of the infamous Marsk Stig Andersen – who in 1286 was found guilty of the murder of King Erik Klipping – and then hundreds of years later into royal hands. Alongside a rich history, the house boasts grounds of over 2,000 square metres, including farms, forests, and land for hunting – not a purchase for the faint-hearted.