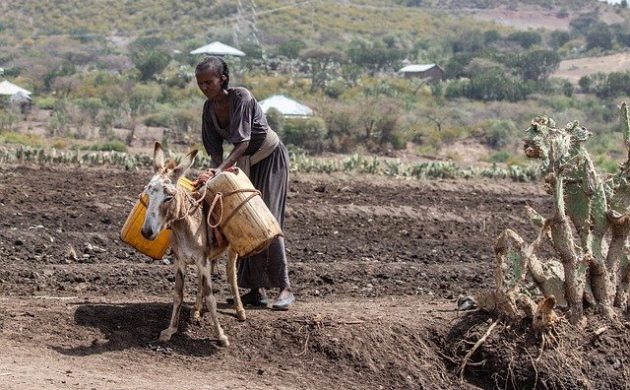 The Foreign Ministry has revealed it will contribute 60 million kroner in humanitarian aid towards alleviating the crisis in Ethiopia.

The conflict in the Tigray region of the east African country has already sent tens of thousands of refugees across the border to Sudan, and upwards of 200,000 could follow in the coming months.

A massive, but unknown number of Ethiopians are also internally displaced and the humanitarian needs in the region will become immense.

“We have a duty to help them so we are moving to assist the many refugees in Sudan, bringing emergency aid to the thousands suffering in northern Ethiopia,” said the development minister, Flemming Møller Mortensen.

Building camps for aid workers
Breaking down the aid, 20 million kroner is earmarked for UNHCR efforts in Sudan, while 40 million kroner will be devoted to the embattled Tigray area.

Additionally, Denmark will also dispatch personnel and equipment to camps being built for aid workers in eastern Sudan.

Meanwhile, Denmark has urged the government and rebels to halt their conflict, protect civilians, respect human rights and allow access to humanitarian work.

Danish batteries polluting Poland
A large portion of used household batteries collected in Denmark is ending up causing pollution in Poland, according to a TV2 investigation. The batteries are ending up in Polish factories, which are polluting the surrounding areas. Stena, the firm responsible for disposing of used batteries in Denmark, said that it has halted the export to its Polish distributor Eneris as a result of the discovery and will launch an investigation. Over half of Denmark’s spent batteries end up in Poland.

Easterners handed stiff sentences
Four men have each been handed 12-year prison sentences by a court in Svendborg for trying to smuggle 100 kg of cocaine into Denmark. One Russian and three Latvian citizens have also been permanently banned from entering Denmark again. The group tried to smuggle in the narcotics from the container ship ‘Duncan Island’ back in February this year. At the time, the ship was off the coast of Langeland and headed for St Petersburg and the group tried to move the illegal goods ashore using a smaller boat. The men have asked for time to decide whether or not to appeal the decision.

Woman sentenced for skunk smuggling
A 34-year-old woman has been given a 25-month sentence for trying to smuggle in 96 kg of skunk cannabis to Sweden. The case has been investigated by Copenhagen Police in collaboration with Swedish police. The case led to the arrest of 17 people in late September – and action that involved several Danish and Swedish police districts. Nine of those arrested remain in prison.

Greenland’s PM ousted by own party
Kim Kielsen, Greenland’s PM, has been ousted as the head of his own government party, Siumut. Erik Jensen is the new party head after getting 39 votes to Kielsen’s 32. But despite his win, it is unsure whether Jensen will assume the PM reins as it is the Parliament that votes in the PM. The only time the head of Siumut wasn’t also the PM was from 1988-91, when Lars-Emil Johansen was the party head, but Jonathan Motzfeldt was the PM.

Big hit-and-run case postponed
The trial involving the fatal hit-and-run accident that killed policeman Magnus Buhl Hansen on Langebro Bridge in Copenhagen on 23 July 2019 has been postponed. According to his lawyer, the 27-year-old British defendant is unable to attend the trial as he is stuck in the UK and has COVID-19 symptoms. The man stands accused of 18 traffic violations, including manslaughter and fleeing the scene of an accident. Since his release, pending trial, the man has amassed further traffic violations.