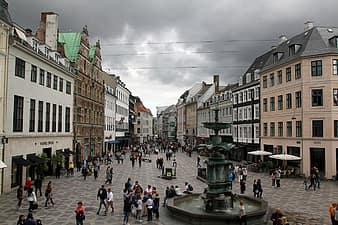 The announcement of new restrictions has once again plunged many businesses back into uncertainty after an already difficult year.

However, staff and owners alike can sleep somewhat more soundly now that Copenhagen’s mayor has announced he is confident the city will receive the same support package offered to the North Jutland municipalities during their lockdown a month ago.

Support is at hand
“I have no words for how bad I think this is for businesses in Copenhagen. Cultural venues, restaurants, cafés and taxi drivers had already prepared themselves for a quiet Christmas month, but are now looking at total closure,” said Mayor Lars Weiss.

Whilst nothing has been finalised yet, Weiss is confident that businesses will get the support they need and that the government will negotiate a wage compensation scheme for the many employees affected.

Left with no alternative
Whilst sympathetic to the hardships restrictions will bring, the mayor was unequivocal in his assertion that it was the right thing to do.

“There is no way around it. In the coming weeks, you will have to content yourself with being together with just a few people – and preferably the same ones. After that, you will have to all be tested together,” he confirmed.

The new lockdown is a result of a recent rise in infection rates – especially among young people in Copenhagen.

Noisy years ahead in the capital
When the new island district of Lynetteholm is completed in 2070 it will mark a new era in the city’s history. Beforehand, however, residents should get ready for some noise. That is the news from a new report outlining the environmental impact of the project released last week. In particular, those in Refshaleøen and Nordhavn are most likely to notice disruption when construction begins next year.

2020’s Disability Award winner announced
Pia Finne, the project manager at the Center for Selvstændig Bolig og Beskæftigelse, has been crowned this year’s winner of the Disability Award. The award was presented by the city’s social mayor, Mia Nyegaard, and Steen Stavngaard from the Disability Council. Describing why he had been given the award, Nyegaard described her as someone who always shows great interest in the citizens and employees she surrounds herself with.

Municipality loses bin case
The Supreme Court has ruled in favour of a small business owner regarding a commercial waste fee charged by the City of Copenhagen, meaning the municipality must now pay back the 937 kroner and 50 øre charged to Thomas Gønge. The case concerns an administration fee for commercial waste that was charged to traders regardless of whether or not they used the municipality’s waste scheme.

Konservative block city park plans
Tivoli has long had plans to build a new public park on Vesterbrogade, but some hurdles lie in its way. Konservative has blocked the plans on the grounds that the new park would mean the redirecting of 64 buses a day down a much narrower road used by up to 15,000 cyclists a day. Instead, it proposes rotating the site 90 degrees over Axeltorv – it is a plan that the technology and environment mayor, Ninna Hedeager Olsen, rejects.

Hjørringgade tower wins award
Charlottetårnet – a zinc-clad, Jenga-shaped building on Hjørringgade – was last week awarded a diploma for excellent architecture by Hovedstadens Forskønnelse. The 56 metre-high structure’s lift lies outside the building, partly in order to save space and adhere to restrictions on high-rises in Copenhagen.