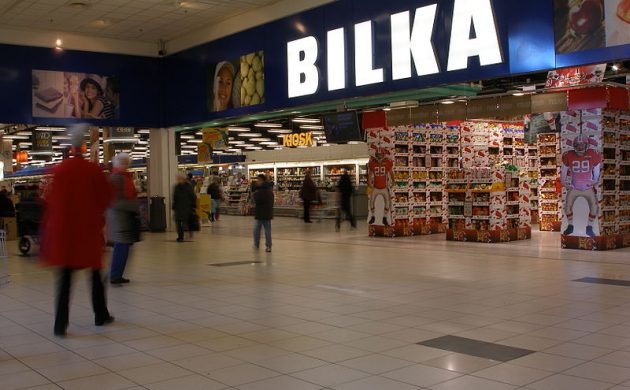 Bilka argues it is forced to sell all manner of crap in adherence to the restrictions (photo: User:Nillerdk)
January 20th, 2021 10:14 am| by Orsolya Albert

Many supermarket chains are taking advantage of the current coronavirus restrictions to sell more non-grocery items than they normally would. For example, many are noticeably expanding their sports equipment ranges to cater to home exercise needs.

This has outraged shop owners and has industry experts worried. They argue how this has both short and long-term effects. At the moment, this puts the supermarkets at an advantage in the market ands distorts competition. In the long run, it could affect customer behaviour and they might end up abandoning local businesses altogether in favour of the giants.

As a response, several shop owners, trade associations and experts are calling for the prohibition of all non-food sales at the supermarkets.

Unfair and unreasonable
“It’s not fair that you are primarily a grocery shop that can remain open and sell other products such as clothing, building materials, porcelain or frying pans. Everything is allowed because you sell rye bread at the other end of the store,” the chief executive of Dansk Bryggecenter, Palle Thomsen, told Politiken.

Jens Birkeholm, the CEO of Dansk Retail, also expressed his concerns to Politiken. He believes the issue is not only the distorted market, but how the small shops have already lost out on significant revenue during the Christmas period, which could potentially end up with them permanently closing.

Worried voices are echoing the same sentiment, pointing out that if this continues, many small businesses might not survive the period and the competing supermarkets will only get stronger.

Supermarkets and the government react
Supermarket chain Bilka understands the criticism and frustration. However, it will continue with its current practices, arguing how it is chiefly about health measures and not about sales.

It points out that closing certain parts of the shops will create cramped spaces and prevent customers from practising safe social distancing.

The minister of trade and industry, Dan Jørgensen, has expressed similar views to TV2. He also added that the government has no future plans to interfere in the dispute. The help packages will continue to be paid out to help the small businesses stay afloat.