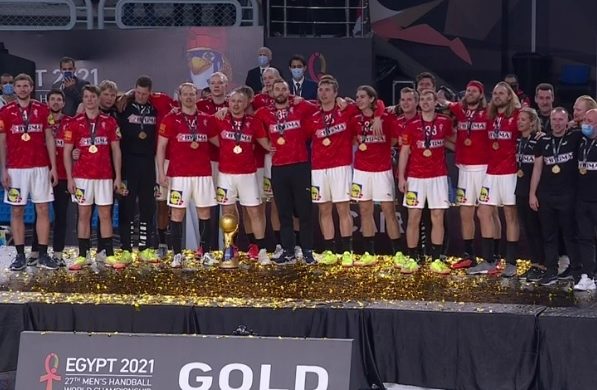 Two years ago, Denmark embarked on a World Championship campaign in search of their first title.

They opened the tournament in 2019 by beating Chile … and they haven’t lost a World Championship game since.

In a tight final against upstart neighbours Sweden, the Danes came up on top 26-24.

READ ALSO: The triple Olympic medallist who invented handball and the forerunner to CPR

A chance for history in 2023
World star Mikkel Hansen scored seven goals for the Danes, but it was keeper Niklas Landin who was the big hero of the night, making several big saves to deny the Sweden in the second half.

No country has won three times in a row, but the Danes will get the chance in the 2023 edition, cohosted by Sweden and Poland.