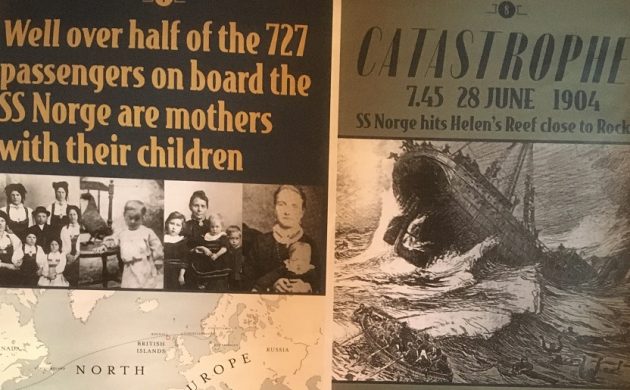 It was quite some distance away from Britain and Ireland when it sank (all photos: Western Isles Community Society)
February 1st, 2021 1:23 pm| by Ben Hamilton

Stornoway sounds both stormy and cosy: exactly the place you’d like to hide away in to avoid a hurricane. But for the survivors of the SS Norge disaster on 28 June 1904, the Hebridean town off the northwestern coast of Britain was salvation: their refuge after days, and in some cases a week, at sea in one of the few lifeboats available.

Later this spring, the 5,000-plus residents of the capital of Lewis and Harris, the largest island of the Hebrides, will be treated to a display of around 20 panels documenting the fateful final voyage of the passenger ship that had disembarked from Copenhagen for New York six days earlier.

When you consider that the ship sank after running aground on the uninhabitable island reef of Rockall, which is 460 km off the west coast of Scotland, it’s a miracle than anyone survived whatsoever. 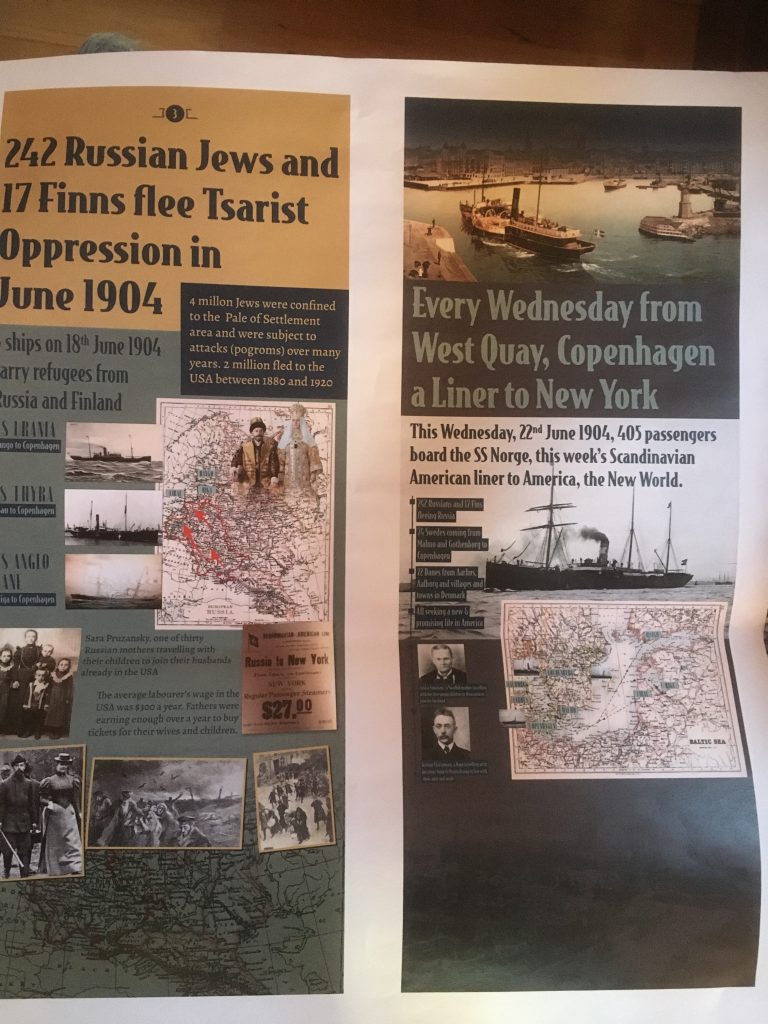 Denmark’s worst maritime disaster
The exhibition will open a window into the history of a maritime disaster that was hugely overshadowed by the sinking of the Titanic eight years later. Of the 727 passengers and 68 crew aboard the DFDS vessel, only 168 survived – a death toll of  627.

Of the 75 Danish passengers and 54 crew onboard, only 21 and 16 survived – a total death toll of 92, which is unsurpassed in Danish maritime history. A far heavier death toll was sustained by Norway, which had scheduled stops on the voyage at Oslo and Kristiansand. Out of 296 Norwegian passengers, 225 perished.

Most of the other victims were young Russians, Poles, Swedes and Finns, all travelling to America in search of relatives or a new life. Only seven people aboard were over the age of 60, according to the Bergen-based historian Per Kristian Sebak. 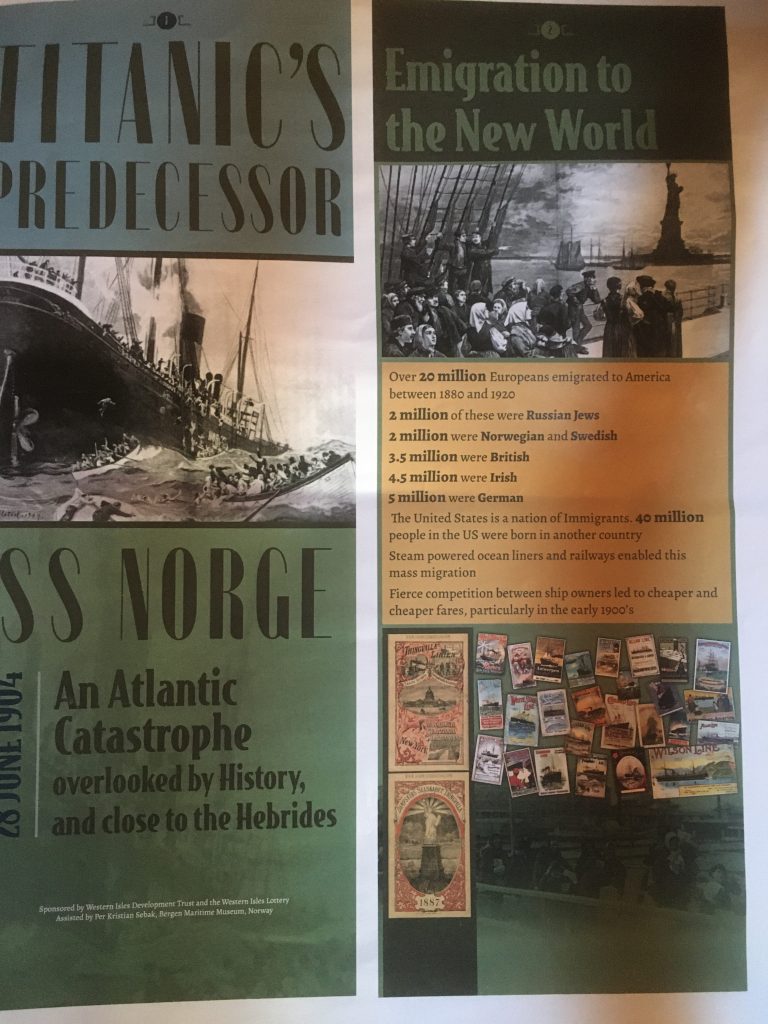 Important not to forget
The exhibition ‘Titanic’s Predecessor, A Catastrophe forgotten by History close to the Hebrides’ will consist of ten double-sided pull-up banners.

After its debut week in the centre of Stornoway, it will tour the village halls of the islands, including one in Butt, from where the last signal was sent to the ship.

The Western Isles Community Society, the organisers of the exhibition, explained to CPH POST that it is “important not to forget this sad event and [that] we are happy to circulate this information to the countries from whom these passengers came”. 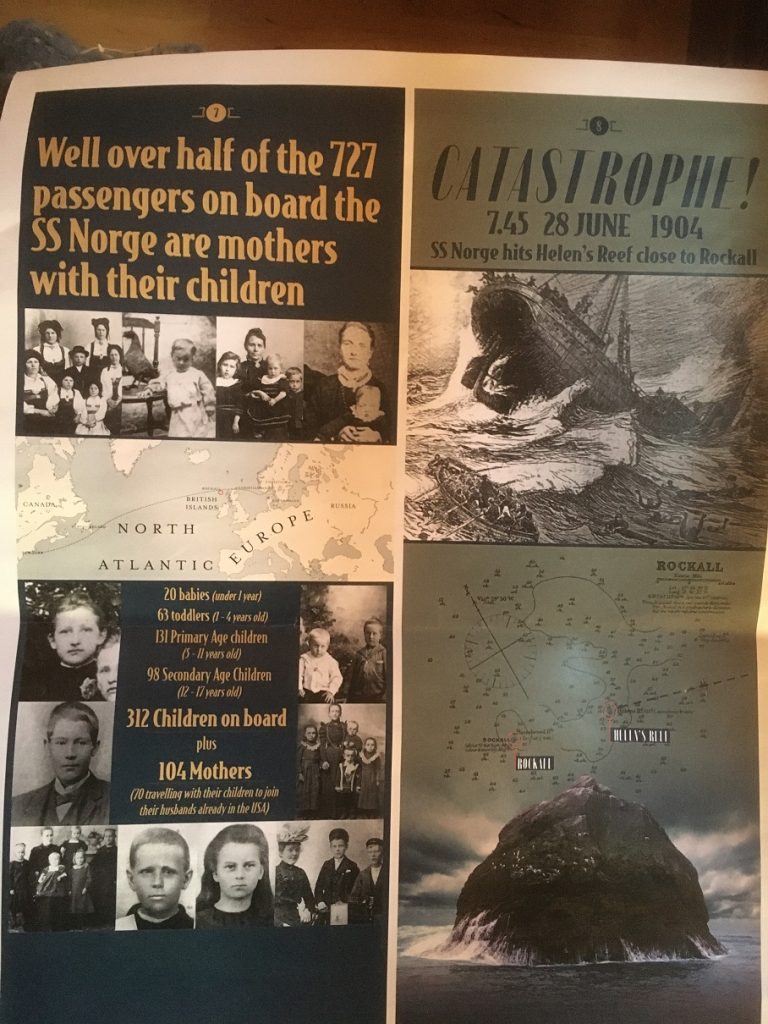