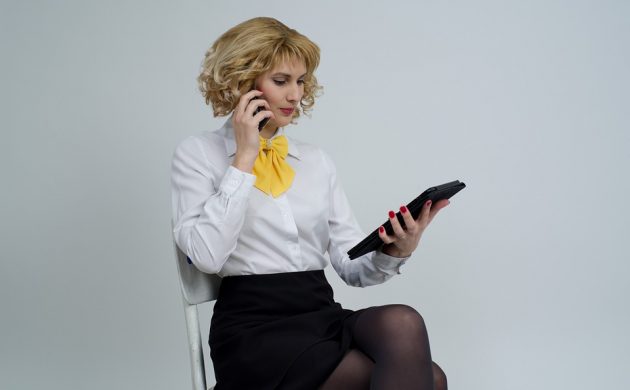 The men who could learn a thing or two from their composed manner (photo: Pixabay)
February 16th, 2021 6:16 pm| by Ben Hamilton

It’s not only Reddit readers, as more women are buying shares, and they are more likely to be longer-term, greener investments than men, reports DR.

They are more likely to make fewer trades as well and therefore pay fewer transaction fees.

Numbers almost doubled in 2020
The company VP reports that women accounted for 619,000 share trades in 2020 – twice the number of 2019 – while Nordnet reported a more than doubling of female investors, compared to a 68 percent rise among men.

Lunar saw a 65 percent rise in women investing through its platforms and June a 12 percent increase, while according to Danske Bank, 46 percent of its investors are now female.

Mostly young women in their 20s, they say they are partly driven to buy shares because they’d rather lose money that way than see savings eaten away by inflation and negative interest rates – a trend seen among young men too.

Denmark a world leader for startup funding
Denmark is the world’s second best-funded nation for startup businesses, according to the Innovation Investment Index compiled by money.co.uk. Some 1.034 million euros was made available via five business grants last year, placing Denmark second behind only the US, where there were ten such grants, but only 30 percent more funds available. Completing the top ten were Belgium, the UK, Austria, the Netherlands, Canada, Norway, Italy and Israel. Canada provided the most grants with 413, followed by the UK with 226. Overall, this helped Canada to top the Innovation Investment Index, followed by the US, UK, Belgium and Denmark, which ranked second for the most lucrative loans available (behind Belgium). While Denmark has 0.17 registered businesses per person, only 3.64 percent are startups.

Ecolab backed by Danish medtech in bid to clean up our hospitals
A Danish data-driven medtech company, sani nudge, is part of a game-changing partnership that looks set to drastically lower the number of healthcare-associated infections (HAIs) in European hospitals. With COVID-19 still raging across the continent, it couldn’t be better timed, particularly as there are an estimated 8.8 million HAIs a year, causing around 37,000 deaths. The Danish company has provided the digital technology to infection prevention solutions provider Ecolab to systematically monitor and improve hand hygiene with its Hand Hygiene Compliance Measurement system. Based on its success in North America, it is believed Ecolab and sani nudge’s system will help to lower the infection rates by 29 percent and staff sick leave by 72 percent, whilst radically improving hand hygiene behaviour.

Second Brit brought out of the shadows via share dividend tax charge sheet
Another Brit suspected of helping to defraud the Danish state of 12.7 billion kroner  by exploiting a share dividend tax loophole has been named on charge sheets. Anthony Mark Patterson, 49, reportedly faces 12 years in prison for allegedly helping Sanjay Shah to obtain around 9 billion kroner from the state treasury – nearly three-quarters of the total amount – by falsely claiming they were overseas investors who owned shares in Danish companies. Both men deny the charges.

Ordered to pay half a billion kroner to the state
Property speculator Kenneth Schwartz Thomsen, 47, has been ordered by Lyngby Court to pay 565 million kroner to the state. The fine is in relation to huge loans he took out to buy property in the 2000s, which were directly responsible for the state having to bail out Roskilde Bank during the financial crisis in 2008. It is believed that Thomsen borrowed 3 billion kroner, and that following the bank’s bankruptcy, the state’s company Finansiel Stabilitet took it on. A disappointed Thomsen is considering an appeal. It is thought unlikely he will ever end up paying.

Remainder of unfrozen holiday up for grabs from March 1
The remainder of the public’s unfrozen holiday money will become available on March 1, and it is good news for the economy, according to Nationalbanken. Last autumn, three weeks’ worth of the 108 billion kroner five-week total was freed up, and the public accessed 52.2 of a possible 64.8 billion kroner, boosting spending by 3 billion kroner. DIY stores and clothing stores were among the biggest beneficiaries. To find out how much you’re entitled to, visit borger.dk.