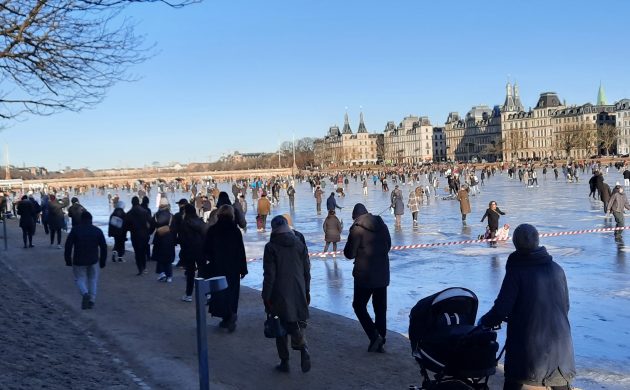 With double-digit temperatures forecast for some part of the country over the next week, spring is in the air … or is it?

Not according to Anna Christiansson, a meteorologist at DMI, who warns that  winter will return at the end of February.

Early March will see a prolonged period of ice days not too dissimilar to the continuously freezing weather that finally came to an end last weekend.

Cold spell expected in March
“In early March, the daytime temperature will be between -2 and -4 degrees,” she told DR.

“And if there are no clouds and wind, we might get an overcooling of the air, and then you are talking about -10 at night. There are many things that need to come into play, but there is a clear risk.”

By the middle of next month, though, Christiansson is confident spring will finally arrive: “In mid-March, it looks like it will be a little warmer again with daytime temperatures of 2-4 degrees.”

11 degrees in capital next week
Today will start with fog in many places, and then temperatures will start to rise in the south of the country, bringing sunshine to the likes of south Jutland and the southern islands of Funen, Lolland, and Falster.

The capital region will have to wait tomorrow for the warmer temperatures, which will arrive with quite a lot of rain, although most of this (8 mm) will fall before the morning commute to work.

Heading into next week, temperatures will peak at 11 degrees on Thursday.

Last fortnight the coldest spell for 11 years
Finally, DMI has confirmed that the recent ‘ice week’ was Denmark’s coldest spell since January 2013 – and very possibly since December 2010.

Nevertheless, DMI does not think the recent cold spell will contribute to this winter being one of the coldest of the last 30 years. Since 1991, there have been at least eleven winters that are likely to have been colder, confirmed DMI meteorologist Mikael Scharling.