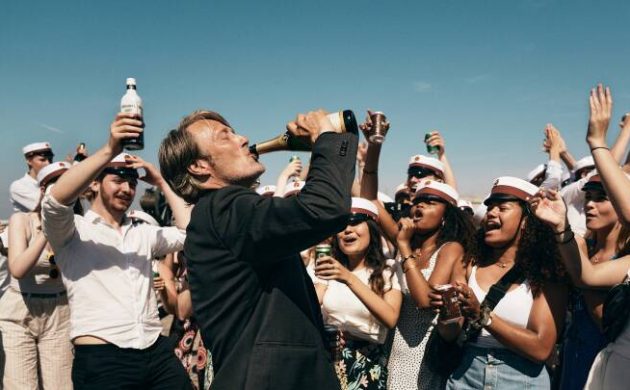 Per Juul Carlsen just can’t make up his mind.

The DR journalist is one of the 48 film critics who every year decide who wins the Bodils, Denmark’s answer to the Golden Globes.

However, unlike their US counterpart, they are considerably older than the mainstream Roberts – Denmark’s equivalent of the Oscars.

Nevertheless, despite the difference, the nominations tend to be almost identical … every single year.

“I just can’t make up my mind!”
Carlsen is torn between Mads Mikkelsen and Mikkel Boe Følsgaard for best actor.

“I voted for Mads Mikkelsen to be on the list because he returned in 2020 to Danish film with flying colours. He helped to elevate Danish film with his roles in ‘Retfærdighedens ryttere’ and ‘Druk’, and he carries the main role in ‘Drunk’ absolutely fantastically,” he said.

“I would also like Mikkel Boe Følsgaard to be praised for his role [in ‘En helt almindelig familie’] as a man who gets a new gender. In the past, you would laugh a little at the kind of roles in which men wear high heels and dress like a woman, but here there is no doubt that it is serious and not played for laughs.”

Cross-dressing is also a factor in his choice of Trine Dyrholm, who he thinks should win her ninth Bodil for ‘Erna i krig’, in which she pretends to be a man in order to serve in the army.

“It is not an attempt to downplay the other nominees, but Trine Dyrholm has a much more difficult role. There are many more facets in it. So she should win that award,” he said.

Same Best Film line-up as Roberts
Alongside ‘Druk, ‘Retfærdighedens ryttere’ and ‘En helt almindelig familie’, ‘Shorta’ and  ‘Vores mand i Amerika’ are shortlisted for Best Film – so exactly the same line-up as the Roberts!

Among the other curiosities, Sidse Babett Knudsen has two Best Supporting Actress nods for  ‘Undtagelsen’ and ‘Kød & blod’, in which she plays a character called ‘Bodil’, while no less than three actors from Druk are up for Best Supporting Actor: Thomas Bo Larsen, Lars Ranthe and Magnus Millang.

While the awards for best American and non-American films include many entries so old they have already been on free-to-air television: from ‘Jojo Rabbit’ and ‘Little Women’ to ‘1917’ and ‘Portrait de la jeune fille en feu’.

Animation film festival kicking off tomorrow with online program
As a celebrator of diverse animation every year since 2015, the VOID International Animation Film Festival isn’t going to let a pandemic get in the way of showing the Scandinavian public another array of fine films. This year’s festival, which starts tomorrow, will be completely online. Essentially aimed at adults that “celebrates animation as an art form that knows no limits”, it is accessible to the people of Denmark, Norway and Sweden. Continuing until March 25, most of the films have English subtitles. Watch the films here.

Controversy over Norwegian series made with Danish backing
Danish actor Søren Pilmark is among the stars of ‘Atlantic Crossing’, a Norwegian series co-produced by DR available on dr.dk, which is currently being bashed by historians for its inaccurate story-telling. Fans of Twin Peaks and ‘Bron’ (‘The Bridge’) will be delighted, however, as the series stars the actors behind popular detectives Dale Cooper and Saga Norén – Kyle MacLachlan and Sofia Helin. Sadly they’re not teaming up to fight crime, but rather playing Franklin D Roosevelt and Norwegian Crown Princess Märtha, and it is claimed in the series that the royal persuaded the US president to help the Allies, not British PM Winston Churchill. The promo line claims “She changed the course of history”, but according to historical author Tor Bomann-Larsen, this is “fake history” as the pair did not meet during the depicted timeframe.

Disney + raises its prices and increases library in bid to target adults
Disney + has confirmed that 2021 will be a really big year for the company in Denmark, and already experts are predicting it is “becoming a real competitor to Netflix”. It has announced plans to add 300 titles to its library this month – and overall to add 1,100 over the course of the year. The monthly subscription cost will accordingly increase from 59 to 79 kroner, although current users will continue to benefit from the cheaper rate for a further six months. Many of the titles will be categorised under its new entertainment brand Star, a service aimed at adults.

Anglophone theatre groups draw blank at CPH Culture awards – again
None of the Anglophone theatre groups nominated for CPH Culture theatre awards this year ended up winning. The winner of the best adaptation of foreign drama, the Årets Nye Skuespil Efter Udenlandsk Forlæg award, went to Huset Teater for its adaptation of Det store stilehæfte, a French-language play written by Hungarian playwright Ágota Kristóf. Missing out therefore were the CTC for ‘The Effect’, That Theatre Company for ‘The Visit, and/House of International Theatre for ‘Harry Clarke’ and ‘The Shy Manifesto’. The latter three productions all missed out in acting categories. Meanwhile, Why Not Theatre Company missed out on two nominations for ‘Dance with me’.