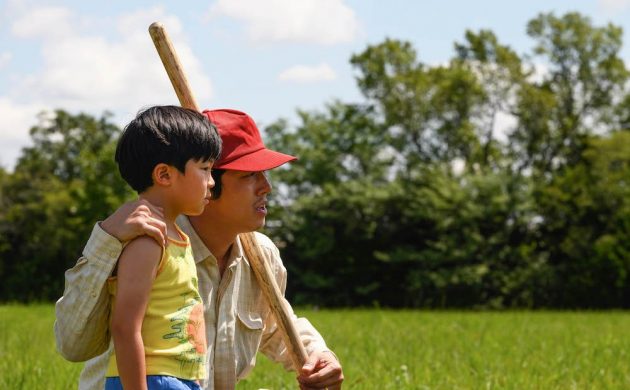 Outrage followed the inclusion of ‘Minari’ in the Golden Globes’ ‘Best Film in a Foreign Language’ category – both in the US and Denmark, but for completely different reasons.

In the US, many were incredulous that ‘Minari’, a film made by an American filmmaker set in America, could be excluded from the Best Picture category, even though it is primarily scripted in Korean.

Writing in the Washington Post, Pulitzer Prize-winning author Viet Thanh Nguyen noted that the “decision speaks powerfully to the issue of what makes something – a language or a person or a culture – foreign”.

“Can anyone who primarily speaks a language other than English be considered American,” he asked. “If, hypothetically, Steven Spielberg were to make an epic about the Jewish immigrant experience and script much of it in Yiddish, he could probably persuade the HFPA to consider his movie an American story, and rightly so.”

Another round of disappointment?
Meanwhile, over in Denmark, the outrage is equal in volume, and a result of the same placement, but for slightly different reasons.

Thomas Vinterberg’s film ‘Druk’ (‘Another Round’) is the second favourite to win the award for ‘Best Film in a Foreign Language’ … behind a home-produced movie!

So this way around, it looks like the placement is a sure-fire way of winning yet another statuette for the good ol’ US of A.

Generally available at 2/1, it looks likely it will end up being a close-second behind ‘Minari’, the even money favourite.

Everything in Minari’s favour
The odds reflect the home-grown advantage of ‘Minari’. The winner might ultimately be chosen by members of the Hollywood Foreign Press, but how often do they have a chance to crown a film produced in the country where they work?

With promo shots resembling the classic 1980s film ‘Field of Dreams’, ‘Minari’ is being lauded as one of the films of the year.

It has an impressive Metacritic score of 88 from 33 reviews – seven points more than ‘Druk’.

Hannibal vs Zombie killer
Additionally, while ‘Druk’ has Mads Mikkelsen, a household name in the US thanks to ‘Hannibal’ and his forthcoming turn in ‘Fantastic Beasts’, the lead in ‘Minari’, Steven Yeun, is equally well known in Hollywood thanks to his 66-episode run in ‘The Walking Dead’.

For Vinterberg, it increasingly looks like it won’t be third time lucky as ‘Druk’ is the third of his films to be shortlisted for the award following nominations for ‘Festen’ (1999) and ‘Jagten’ (2014).

Danish films not made by Vinterberg, meanwhile, have a good record: three wins from six nominations!

If only …
In the face of such opposition, ‘Druk’ is heading into the Golden Globes with less chance of winning than a zombie winning Olympic gold in the 100 metres.

‘Druk’ may have been sweeping awards in its native Denmark, and across Europe, but in ‘Minari’ it has probably met its match.

Damn … if only the HFPA hadn’t placed it in the ‘wrong’ category.