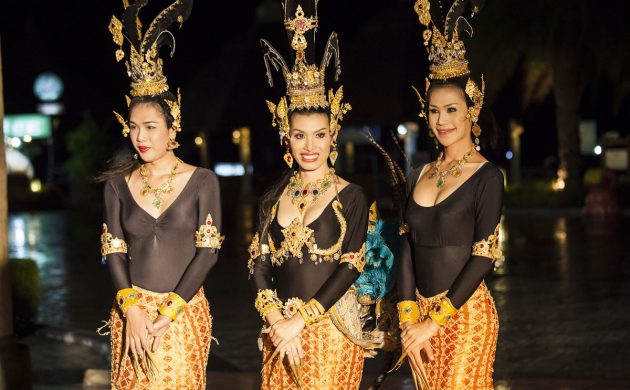 Ladyboys performing in Chiang Mai, or KU students dressing up as Thai people in ‘The Country Game’? It’s so hard to tell these days (photo: John Shedrick/Flickr)
March 2nd, 2021 6:00 pm| by Ben Hamilton

Statskundskab, the University of Copenhagen’s department of political science, has long had a tradition of splitting up its freshmen students into teams, asking them to put on clothing evocative of another culture, and playing ‘lande-legen’ (the country game).

But now the department has abolished the game following complaints about what it describes as “degrading representations of national and ethnic groups in connection with country naming of teams and political games”.

Fun of Arabs and Chinese
For example, three years ago around 15 tutors wore a dishdasha, a traditional Arabic white robe, and chorused that they wished they were from France because then they would have a lot of money and their children would live longer.

On another occasion, a group of students who were asked to dress up as Chinese people called themselves ‘Team Lort-Kina’ (shit-China).

Open, tolerant … racist
Flavio Saleh, a graduate of the department, told DR how he had complained to Dagbladet Information about the game while he was a student.

The very fact that some team options were banned out of fear they might generate racist or Anti-Semitic jokes, he argued, proves that the whole game should have been banned long ago.

“It’s a Danish thing. We think we are so tolerant and open … but in our eagerness to be funny, we cannot see that we can also be a little racist,” he said.

The voice of the minority
However, another graduate,  Thomas Rohden, defended the game to DR and said the ban was the result of complaints made by a “very, very small, but loud-mouthed, group”.

“The question is whether just one complaint should be the basis for eradicating a concept that is incredibly popular, which I believe is really good for creating a unity across [the] political science [department] – among students and across generations, as we have all been part of the same ritual,” he said.

Oh yes … as ladyboys too
Rohden recalled how he and his fellow students subverted the game when they were asked to resemble Thais by dressing up as tourists.

“We had a big laugh at ourselves at the same time. And I kind of think that a lot of people thought that was funny,” he said.

However, when DR pressed Rohden, he did admit that some of the group dressed up as ladyboys and sang songs about Thai women being for sale.

“It’s five years ago, so I do not remember very well. But I could easily have put on women’s clothes,” he said.