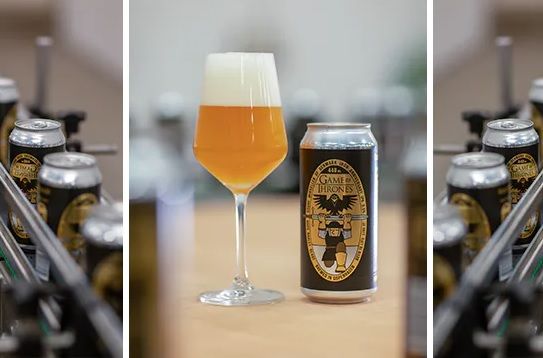 “A Lannister always pays his debts,” was a line oft-uttered by the good Tyrion Lannister – usually in some varied state of inebriation.

Soon fans of the iconic ‘Game of Thrones’ series will be able to do the same whilst hoisting steins of delicious ale that pay tribute to the popular HBO series.

The Danish brewery Mikkeller has teamed up with Warner Bros to produce ‘Game of Thrones’-themed beer in celebration of the series’ 10th anniversary on April 17.

“From the very beginning, collaborations have been one of the key elements in Mikkeller’s universe and are one of the things we have the most fun with and love the most,” said Mikkel Bjergsø, the head of Mikkeller.

“We have done a lot of them, but this is without a doubt the biggest so far, and we are extremely proud and happy to get this opportunity. We are looking forward to brewing a lot of fantastic beers and sharing them with the series’ dedicated fan base and other beer lovers.”

12-15 editions planned
Indeed, it is only fitting that the Danish brewery takes on the suds challenge, given that the eight-season series was littered with Danish actors.

The initial effort will be named the ‘Iron Anniversary IPA’, which will be the first of a series of GoT-themed beers to trickle out of Mikkeller casks.

The label (in the image above) has been designed by Mikkeller’s long-time art director, Keith Shore, and depicts a three-eyed raven perched on the blade of a sword held aloft by a kneeling soldier or knight of some order.

Two more editions of the GoT-themed line are scheduled to be introduced later in 2021 and a total of 12-15 variations are expected to be released in the coming years.

Initially, the Iron Anniversary IPA will be made available in limited quantities in Denmark, Sweden, the UK and the US, as well as on Mikkeller’s webshop.